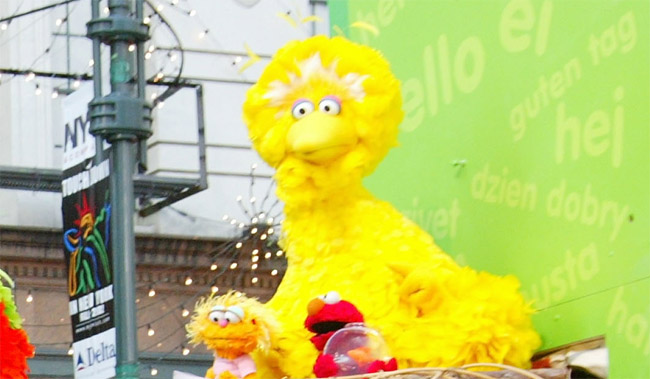 Did you watch Sesame Street as a kid? I bet you caught at least one episode, if not more, as a youngster. I know that I certainly did and one of the central characters on the show was, of course, Big Bird.

As a child I I often wondered why was Big Bird so big, and I still do to this day. Was it a glandular issue? Did he have a problem with his metabolism? Important questions.

However, now thanks to some random guy on Twitter, @tomwalkerisgood, none of that matters anymore. That’s because this dude shared a revelation about Big Bird on Sesame Street that was so deep it has now been re-tweeted over 36,000 times.

Ready? No, you are not ready…

As his name is not "Biggest Bird", we are to understand that Sesame Street is home to at least one, perhaps more, truly immense unseen birds

I know, right? How are we just now coming to this realization?

Needless to say, @tomwalkerisgood blew more than a few minds…

Tom. Thanks to you i will never sleep again

I am both amused and horrified by this..

Come on. You're scaring people completely unnecessarily. There's no Small Bird or Smaller Bird either.

How high were you when you thought up this tweet?

Most days my Twitter is taken up with complete arseholes who irritate enormously. And then a true philosopher posses a worthwhile question

It is also possible that there are but two birds, the big one and the small one.

Okay, this needs to stop.