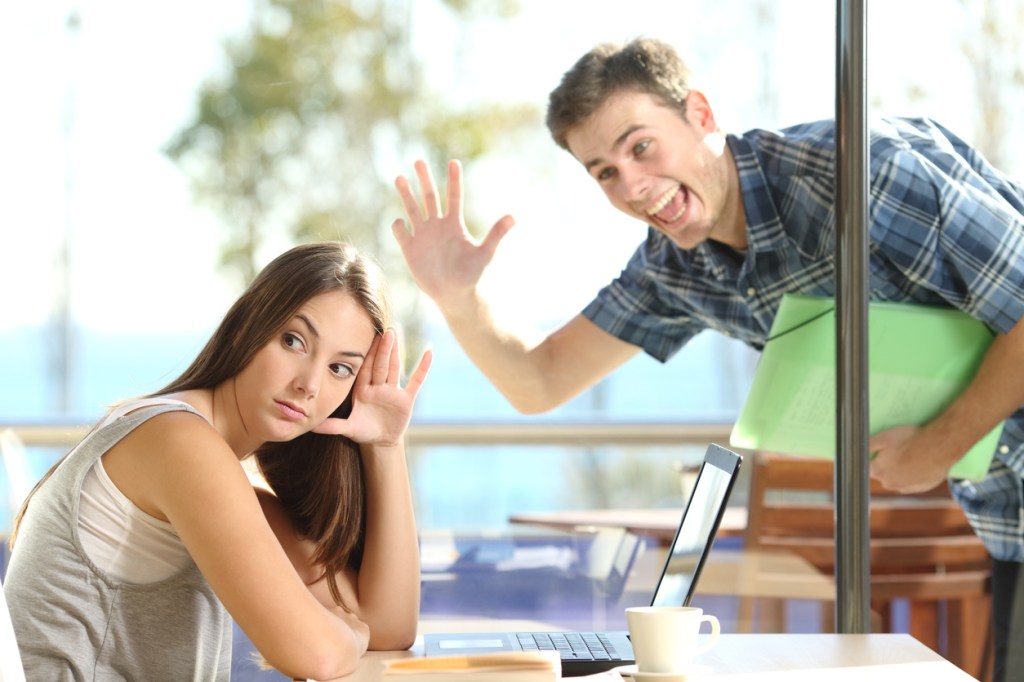 I honestly have not been on too many awkward dates. That’s probably due to the fact that I’ve been a serial monogamist for most of my adult life. For whatever reason, the ladies just never allowed me to stay single for too long. And now I’m thanking my lucky stars and stripes that I never had to sit through a thousand awkward dates after reading these tweets below.

This tweet isn’t original. One of these floats around every couple of months and goes viral. But every time they bring out people who are DYING to tell their stories of the most awkward dates they’ve ever been one. One person watched a girl murder some mice to feed her snake. Another person had to sit through a dinner where the funeral home employee explained what kind of funeral makeup they’d use on them.

The dating scene this Summer is going to be WILD but some of y’all out there need to read through these tweets before you dive headfirst into the dating pool again. Just give yourself a quick reminder of how many weirdos are out there on the apps looking for love.

Dated a girl who owned a python. One time she asked me to take her to the pet store where she bought a couple white mice, smashed them against the ground, then fed the dying mice to the snake. Cause it was too lazy to eat them if they were uninjured. That was about it for us.

His family owned/ran a funeral home. Did not have an issue with that, but he spent the later part of dinner telling me what kind of makeup techniques he would use on me if I died.

We "bumped" into her pastor on our date and the man said to me "I sense in the spirit that there are demons tormenting you and they will never allow you to have a partner". The girl went to the toilet and never came back. She's married to the pastor now, I'm so happy for them.

This is the tweet that actually made me realize I needed to put these into an article. The man demanded a large burger.

The menu said the burger was served “Medium” he goes “nah I want it Large”. I explained that’s not what it meant but he proceeded to request a large from the waiter anyway 😣 https://t.co/MRCh1sG5BK

We met and I noticed he was super quiet. To fill the silence, I just started talking about randomness.. anytime I asked him a question, he would awkwardly laugh and look away. He texted me 30min into it and told me he was deaf and heard nothing I said… pic.twitter.com/H2cYWVrScZ

What?! How?? Seriously, how the hell does someone say it’s an event with a DJ but it’s a funeral??

We were sitting in a park and her husband threw his sandal at us.

Random celebrity dropping into the thread:

Second date. Pro skateboarder. Really cute. Friends with my friends. We made out but something about how he kissed me freaked me out. I gave him a fake number. Years later he killed his girlfriend.

Not like horders dirty but close. He sets up a movie for us in the room and not even 10 minutes in, I hear this loud snapping, cracking noise & the entire room ceiling collapses… and a few flying roaches came out.
I left immediately & blocked him as I pulled out the driveway.

Would it be better or worse if it was a My Little Pony shrine?

Went to get wings with a man that was taking all of the chicken off the bone with his hand, balling it up, and then shoving it in his mouth. Man ordered like 30 wings… with the bone……………

He spent almost 30 minutes complaining about women, and why they shouldn't be in the workforce because they 'take too many bathroom breaks'.

He told me he sat outside his office's bathroom and TIMED women entering and exiting.

I stood up and left when he got to that part.

I don’t know why but this is my favorite one yet:

Cowboy type older than me took me to an IHOP. He told me he loved me. I ran to the bathroom to have a think. Someone had etched this sentence in the stall door: he don’t love you or he wouldn’t take you to no IHOP.

we went on a date, he said he’d pay and all dat. he ordered like 16k worth of shit and i just ordered pasta as usual being a basic bitch. and we were having a marvelous time then the bill came and all of a sudden him cya find him wallet and i had to foot the 20k bill. https://t.co/z7w4lfAEOQ

She tried to sleep with me on the first date while we were at Golden Corral…….. so after we finished in the bathroom she said she had a husband, needless to say i was crushed 🥺 https://t.co/Yqb3U0NEi7

I went on a first date with a girl I met online (back when that wasn’t a thing). We were at BBQ’s and orders drinks. They asked for ID, and while going through her purse, she pulled a gun out her bag. She said she brought it because, and I quote “I don’t know you nigga” https://t.co/lclzAjWxfg

When he collapsed and I had to call the paramedics and then when I offered him a coke to drink as he came around he said, “Sugar is a toxin.” https://t.co/qzWJhum7l3

Dude put a lemon in his mouth at the beginning of the date when our waters came and did not take it out until food arrived. There was no conversation just https://t.co/ECjE8oPePr pic.twitter.com/zewMv7LDc4

‘Feeders’ are a thing. There was a show about them years ago on TV.

hmmmm.
toss up between guy who told me (during appetizers) he thought ken starr was a good guy vs. guy who encouraged me to order dessert because “he likes women bigger than himself.” https://t.co/s1Wj8vlkWp

he pulled over and turned down the music and made me listen to him rap for a real long time. just on the side of the road rapping. https://t.co/Zh7nmNQAN5

a man asked me out for valentine’s day and led with “so how many abortions have you had?” in the middle of a live jazz performance. https://t.co/AjTGBMAXzO

We went to the mall and he walked into Hollister to check his work schedule and found out they fired him 💀 https://t.co/QaJRmFsn44

This dude’s out here with the mic drop:

When I tried to kiss her at the end and she said "No!" because "Nothing would come of this…"

I reminded her of this a few years later when our daughter was being born. 😐

I could honestly keep reading the responses for the rest of the week. They’re all so good. And there are thousands and thousands of them. If you want to keep reading, just click through on any of those tweets and you can click the ‘quote tweets’ to see people responding that way or just check the mentions. Whatever floats your boat.

Now keep your head on a swivel when you get back out there in the dating game.