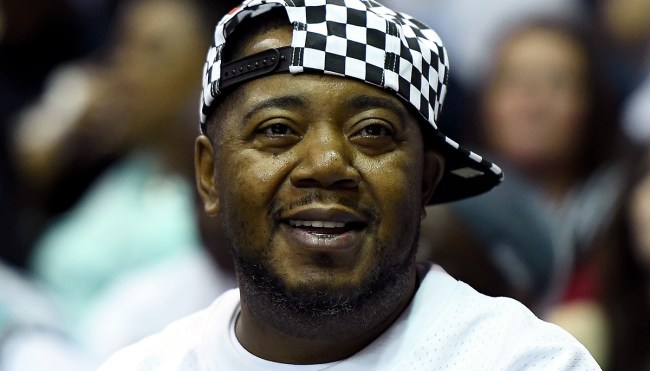 Hip-hop found itself facing a bit of an identity crisis around the turn of the new millennium, as the genre found itself in search of a new direction after the era defined by the beef between rappers on opposite coasts essentially came to an end following the murders of 2Pac and The Notorious B.I.G.

The rap scenes in NYC and L.A. continued to thrive in the wake of the death of the two men who defined them thanks to MCs like DMX, 50 Cent, and The Game, who continued to pump out music that kept their spirit alive. However, there were plenty of others who attempted to fill the void that was created in the wake of their passing, including many MCs who were able to put themselves and the previously overlooked regions where they were from on the map.

By the time the early 2000s rolled around, Eminem had made Detriot more relevant than ever while Outkast had played a major role in ensuring Atlanta was impossible to ignore. It wouldn’t take long for Chicago to get the same treatment courtesy of Kanye West, a man whose massive glow-up helped other MCs from the city get some time in the spotlight.

That includes Twista, who’d spent more than a decade grinding before he finally Had A Moment. The rapper is probably best known for his verse alongside Kanye and Jamie Foxx on “Slow Jamz,” which is fairly ironic when you consider he’s defined by the rapid-fire flow that earned him a spot in the Guinness Book of World Records (he was once dubbed the “Fastest English-Speaking Rapper” after spitting 598 syllables over the course of 55 seconds).

While Twista may be known for that particular talent more than any other, it’s far from the only one he has in a repertoire that apparently includes some pretty impressive ventriloquism skills.

On Monday, the internet was captivated by a viral video featuring Twista engaged in a “conversation” with a Groucho Marx ventriloquist dummy that showed the rapper is certainly no slouch in that particular department.

Fun Fact: on top of once holding the Guinness World Record for being the fastest rapper on the planet, Twista is also a world class ventriloquist pic.twitter.com/BO27L3VEYN

After the tweet started to make the rounds, other users posted more evidence that suggests Twista is a man of many fairly unexpected talents.