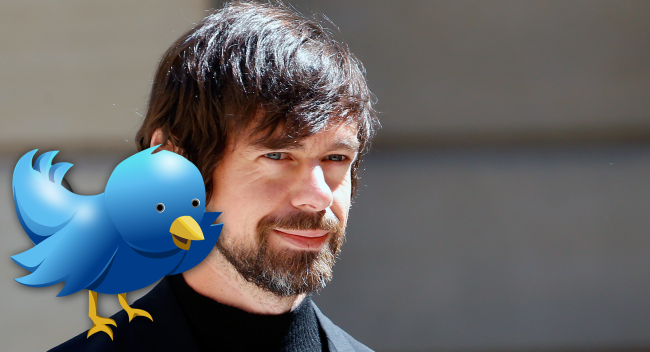 Much like with every other social media platform (especially Instagram), users of Twitter long for the good old days when the people and the content they subscribed to appeared in their feed in chronological order.

Apparently, counted among those people are none other than Twitter CEO Jack Dorsey. You know, the one guy who could actually give the people what they want.

Tweeting on Wednesday, Jack Dorsey provided a workaround for users who miss tweets from the people they follow appearing in chronological order, and no, it has nothing to do with a change made by his company.

“I used @getvicarious to create and sync a list of all accounts I’m following, set that list to be reverse chron, named it ‘Latest’ and pinned it, and now I can quickly swipe between ranked (algorithm) and all tweets as they happen (inspired by an idea from team),” Dorsey tweeted.

I used @getvicarious to create and sync a list of all accounts I’m following, set that list to be reverse chron, named it “Latest” and pinned it, and now I can quickly swipe between ranked (algorithm) and all tweets as they happen

(inspired by an idea from team) pic.twitter.com/ZfSg9pGeds

Does he not read Twitter? He needed his team to make this suggestion to him? And why are they suggesting to him that he use a third party hack rather than just making it a real life option on, you know, Twitter?!

It’s not like Twitter’s users haven’t been complaining, loudly, for years about Twitter’s convoluted algorithmically weighted system of displaying tweets on users’ timelines. But hey, we did get a brand new font this week and they switched the colors on the “follow” and “following” buttons, which didn’t at all confuse Twitter users even more than they already were.

Everyone's appalled by the new font, but I find the inversion of the follow/following button colors considerably more execrable; just a completely intuitive, unnecessary change to the UI's visual language

Needless to say, those were not the changes Twitter users had hoped to see. Combine that with Jack Dorsey’s odd recommendation of using Vicariously to see tweets in chronological order and loads of people were nonplussed, and many were more than a little angry.

So your team "inspired" you to hack together a workaround to a feature that you and your team decided to kill off? Yeah, this is not the good look you think it is.

You are the CEO of a social media company.

Hey @jack that is kinda what the rest of us always wanted before your algorithms fucked it up.

What i get is a senseless jumble THAT GETS RE-ORGANIZED MINUTE BY MINUTE, & depositing me randomly higher in my timeline.

Pro-tip for businesses: if your CEO is having to create workarounds to improve functionality of the app that he OWNS, you *probably* aren't doing that great of a job on it... https://t.co/hYXX7PBop4

So much sarcasm and venom. Do you think there’s any chance Jack Dorsey actually read any of these responses and will do something positive to address them? Or is he too busy trying to make his social media platform even more difficult to use and understand?

me noticing twitter has also removed the colors from the Follow/Following button: pic.twitter.com/Y2Y1PpVyl7