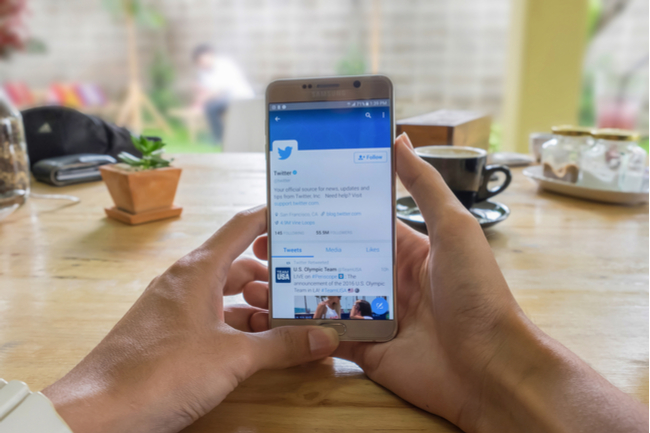 Have you always coveted one of those blue checkmarks on Twitter? Well, you may soon be able to get verified according to Twitter CEO Jack Dorsey. Originally back in 2009 when the verification process first started, the verification marks were given out to politicians, celebrities, journalists, and “accounts of public interest.” Then last year, Twitter stopped verifying users because numerous divisive individuals were verified, which caused an uproar online. But now the social media giant will begin to verify users soon and there are even plans to verify everyone on the platform.

On Thursday, Dorsey appeared on a Periscope livestream where he said, “The intention is to open verification to everyone and to do it in a way that is scalable, where we’re not in the way and people can verify more facts about themselves, and we don’t have to be the judge and imply any bias on our part.” Twitter wants to verify everyone so that users don’t think they approve of every tweet from every verified account. “They think of it as credibility, like Twitter stands behind this person. Twitter believes that this person is someone that … what they are saying is great and authentic, which is not at all what we mean by the checkmark. So it creates a lot of confusion for these reasons,” said David Gasca, Twitter’s director of product.

A conversation on #health https://t.co/Il8Mtx1JOs

As of 2017, Twitter had over 330 million active monthly users. The mass verification would roll out in stages and the first accounts that they would verify would be politicians running for office in upcoming U.S. elections. Verifying everyone may cut down the sometimes caustic environment that Twitter invites from anonymous accounts as well as the numerous bots on the social media platform that run scams.