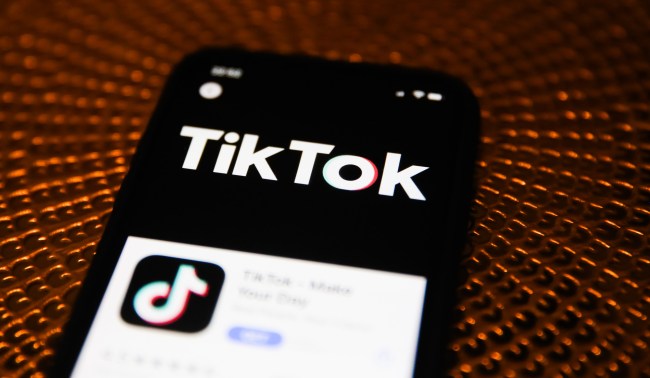 Another day, another couple of white kids kissing their futures goodbye thanks to some TERRIBLE decision-making. Good lord, how many times do these idiots need to be taught this lesson? THE INTERNET IS WRITTEN IN INK. You think you’re firing off a silly little TikTok to your pals or your Finsta group, but that shit goes out to the entire world! If they wanted to go viral, mission accomplished. 1.2 million views on Lynx Ekoule-Nseke’s twitter account. Whoever said “no such thing as bad press” never went viral for saying the n-word. This is bad press.

The girl’s name is Stephanie Freeman (IG: @/steph_freeman) and she’s a senior at Carrollton High School. Jeffrey Hume (IG: @/jph10168 & @/jayhunterwwa). Find these poor souls and educate them. They should be expelled and fired from their jobs. This is TOTALLY unacceptable. pic.twitter.com/VHxtCem6nL

Here’s something I still don’t understand: high school administrators are plugged in these days. They watch for this stuff now. Vice principals have burner accounts for the sole purpose of keeping tabs on their shitty kids! Back in my day, you could get away with a little cyberbullying on Facebook because the old foagies in the admin office hadn’t caught up. But now, they’ve got eyes and ears everywhere, not to mention snitches on the payroll.

NY Post– “I walk through the halls with those folks and to see that they think about us like that,” student Juan Nievs told WGCL. “It made me angry.”

Another teen, Terrell Carmichael, said he knows both students who produced the video.

“I was mad, like angry,” Carmichael told the station. “They would not normally talk like this, it was a complete surprise to everybody in our school.”

Juan, Terrell, if I may—they don’t normally talk like this… around you. But something tells me these two have dropped quite a few N bombs behind closed doors, within the safe space and comfort of other likeminded white kids. I find it hard to believe that they decided to pop their hard N cherries on TikTok. Simply put, there are two types of white teenagers in this world: kids who say the N word and kids who don’t. I was fortunate enough to grow up in the second camp, which is maybe why most of us went to college. Unlike Jeff and Steph here, whose formal education appears to be done.

Maybe I’m contributing to the problem for blogging the video. I always wonder about that. But then again, the more attention this gets, the harder it will be for these two assholes to shake the stench. Congratulations to these two teenagers; everyone knows who you are now. Enjoy whatever comes your way!

She apologized, and it is spectacular:

“I believe blacks are human too.”

Incredible. Might be the most racist way of saying “I’m not racist” I’ve ever seen. Maybe the biggest shocker of all is that she was on her way to college?

“My BF is racist and he slowly normalized his racism on me.”

Well toots, if he’s still your boyfriend, that’s not a great look. Even writing “My BF is racist” is a pretty tough look for anyone. That should be a disqualifying trait when it comes to dating. But nope, you stuck with him and let him normalize racism for ya. But hey, good call bringing the Lord into this. That’s gotta be worth something.