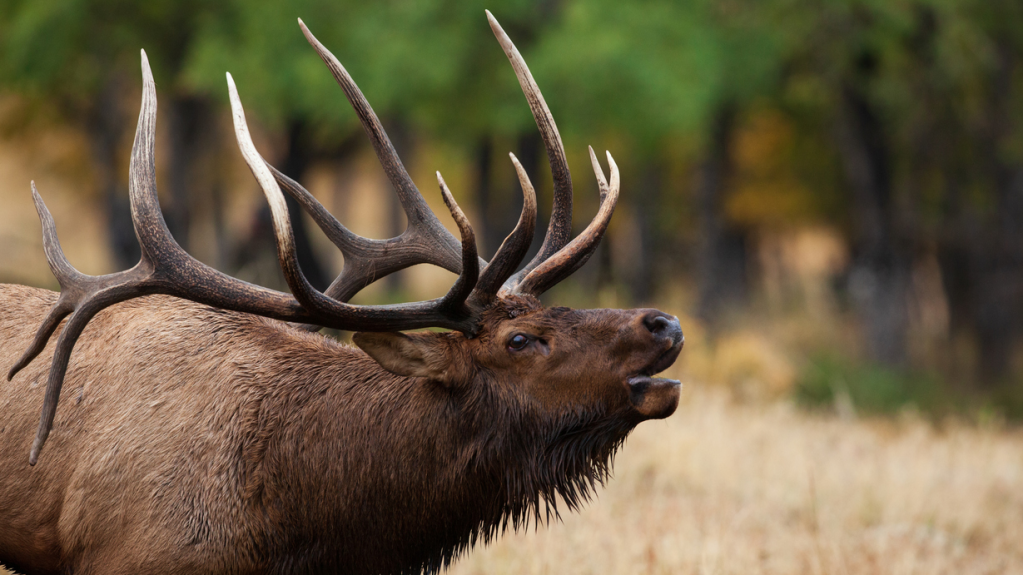 Bull Elk are truly massive creatures. They can weigh up to 1,100 pounds and stand over 5 feet tall at the shoulders, not including the head and antler rack. Seeing them up close is intimidating, to say the least.

Two bow hunters in Wyoming received the thrill of a lifetime as they stayed hunkered down for safety. They captured footage of two massive Bull Elk locking antlers and fighting for supremacy in the woods.

This is a pretty normal and relatively display of territorial behavior but it’s also one that is rarely seen up close by humans. The Bull Elk are fighting for resources, whether that be suitable mates, grazing land, food, or all of the above. But neither elk is willing to bend here in this stunning display of animal behavior.

One of the hunters who filmed this recent video, Seth Lee, would later tell Cowboy State Daily “I’ve never seen anything like those two bulls fighting. They just wanted to kill each other.”

The incident occurred mid-morning when Seth and his hunting partner were out in the woods. They said the two massive Bull Elk were completely oblivious to their presence and only focused on one another. Which is probably for the best because those wild animals certainly seemed JACKED UP and no human being wants to find themselves on the business end of an angry elk’s antler rack.

The two hunters were out in the woods holding a bull tag which would’ve enabled them to shoot and keep a bull. Unfortunately for them, however, Seth’s bow had recently broken and once out in the field he realized the arrows he had didn’t work with the bow he’d borrowed so they just watched on in astonishment.

According to the two hunters, the fight between the two Bull Elk lasted between 20 and 25 minutes. But it was eventually broken up when some other (smaller) bulls entered the area and distracted the battling pair long enough for them to pause and go their separate ways.