Uber Driver Drives Car Straight Into A Canal, Still Charges The Passenger For The Ride 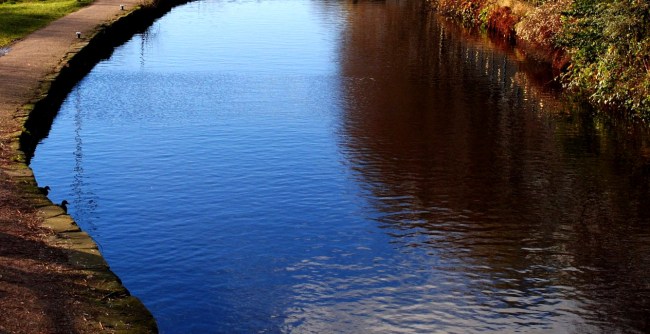 30-year-old Emma Lavelle did what millions of others have done when they need a ride somewhere. She called an Uber.

Unfortunately, Lavelle did not end up at her intended destination, but instead her Uber driver drove the car right into a canal.

Then, as if that wasn’t bad enough, her Uber driver still charged her a fare for the ride… into the canal.

This Taxi was rescued by RPU west A relief in Eccles after the driver followed his Sat nav straight into the Bridgewster canal. Very lucky escape for the embarrased driver. #gmptraffic pic.twitter.com/lJWKD5pkXx

Lavelle, who was in Eccles, England just outside of Manchester when she called the Uber, noticed the driver was following his GPS system when she realized that he was driving straight towards the Bridgewater Canal.

It was at that point that she alerted the Uber driver of the impending mistake he was about to make.

However, rather than listen to her, the driver continued on his GPS-directed path and splash, right into the Salford canal.

“He turned down the wrong street and I said, ‘You shouldn’t be here, don’t continue down that road, there’s a canal,’” Lavelle told the Manchester Evening News. “He just carried on and I told him he was in the canal.”

“He wasn’t going that fast; he was sort of going around 5mph, then all of a sudden the front of the car went into the canal,” she added.

“I thought, ‘What the hell has even happened? How has he not seen the canal in front of him?'”

Once they reached what would be their final destination – in the canal – Lavelle said, “He asked me if I could get out and thankfully, I could. He said ‘are you okay to walk home?’ It’s a 15-minute walk and not the nicest area to walk on your own. But it could have been a lot worse.”

Turns out that it was.

When she finally got home she noticed that the Uber driver had still charged her $40.75 (£29.31) for the ill-fated ride.

She says, “I emailed [Uber] on Sunday saying I was involved in an accident and had still been charged. They said they would investigate but no one came back to me, then it was on the news, I contacted them again with the article and they emailed to say they would give me a refund.”

Uber did eventually issue her the promised refund and said in a statement that they were “investigating this concerning report” and were considering removing that driver from their app.