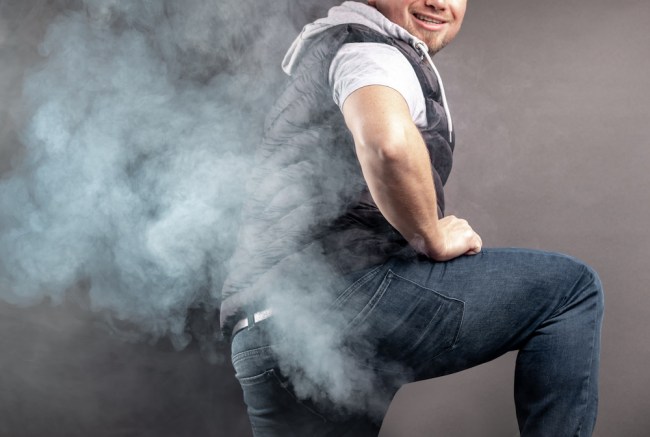 Y’all ever spent a long weekend in New Orleans? Of course you have. You’re a cultured bunch of fellas. Then, like me, you already know what eating rich creole food (and drinking nonstop) for 5+ days in a row can do to your digestive system when it’s not ready. I actually have a pretty ironclad stomach. There aren’t many foods out there that mess me up. I’ll take down Ghost Pepper Curry (Phaal) without any problems the next day. I don’t struggle with dairy like some weaklings I know. I’ve got no known food allergies. But eating Brennan’s into Antoine’s into Arnaud’s and washing it down with chargrilled oysters for dessert will cause my ass to emit borderline lethal gas after a few day’s time.

I’m saying this because I remember my first trip to NOLA back in H.S. when I was touring Tulane as a college option and on the way to the airport, I ripped a fart so atomic that the taxi driver choked, nearly threw up himself, and swerved us off the road on the highway. I was a kid then and wasn’t really aware of the impact my ass had on the world around me and it took that learning experience for me to realize the effect my gas had on others. I’m a better man for it. And the tax driver handled it like a gentleman and joked about warning everyone to crack a window next time.

This incident below could’ve been avoided with a cracked window but it doesn’t sound as if the passengers were the most considerate people. Maybe the perpetrator will learn something from this experience because a fart in an Uber led to an arrest after it sparked a brawl, according to Bristol Live.

UK man has been charged with assault after allegedly farting in an Uber and attacking the driver for protesting, Bristol Live reported. “He behaved in an unattractive manner that night,” defense lawyer Anthony Bignall told the Bristol Crown Court about his client’s behavior.

The odiferous incident reportedly occurred last year when Kingswood’s James Mallett, 35, let it rip in the back of the ride while on the way to a local nightclub with three other people. This was the “final straw” for the Uber driver, named Aleksander Bonchev, who had allegedly suffered abuse at the hands of other passengers, according to court testimony.

Prosecutor James Scutt said Bonchev told Mallett “to leave the vehicle,” whereupon the flatulent fare offered to fight the driver and struck him in the head. Bonchev reportedly responded in defense by punching the Mallett in the face, knocking him to the ground. At that point, a young lady who was with Mallett reportedly persuaded him to leave. Police encountered the unruly passenger a little while later sporting a “cut on his bottom lip,” according to Scutt, who added that he was “plainly intoxicated.” (via NYPost)

This incident apparently went down a few months ago and the man has admitted to assault and was sentenced to 6-months in Jail + 120 hours of community service + a $650 fine but the jail sentence has since been suspended for 18 months, presumably because of the ‘rona still sweeping over the entire world.

According to the New York Post, the driver of the taxi was apparently unable to work because he broke a finger in the brawl that ensued after the fart and the driver has since returned home to Bulgaria. I’ve never broken a finger before so I cannot vouch for whether or not you can drive with a broken finger but I did once dislocate my right arm (I’m right handed) and still managed to drive myself home in my stickshift Mustang using only one arm/hand, so I’m skeptical that a broken finger renders anyone unable to drive.