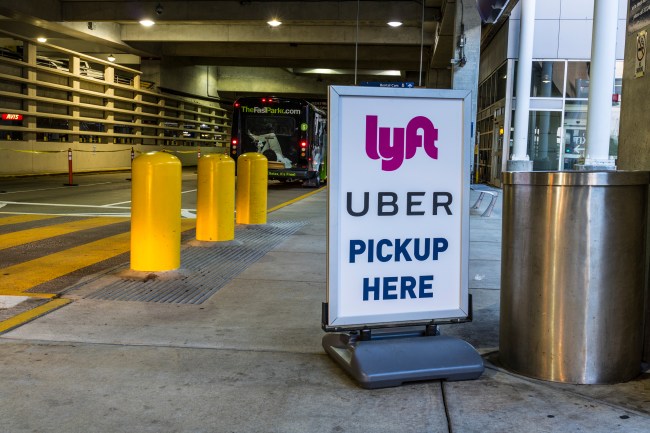 I started college before ridesharing was really a thing, and as a result, I had to either (gasp) leave the bar early to take advantage of public transportation before it shut down for the night or compete with groups of overserved students in an area that was underserved by taxis.

As a result, I can’t explain how much Uber changed the game when it was first introduced in my city. It ushered in a new era—an era where I didn’t have to worry about puking on the hour-long train ride back to campus or narrowly avoiding fights with drunk people in pursuit of the rare car for hire.

Nowadays, I use Uber and Lyft far more than I should to get around because I love convenience and have a general disdain for fiscal responsibility. To this day, I never get tired of a black car rolling up directly to my door like I’m a bigshot on Wall Street—even if the black car in question is a Toyota Camry.

It’s the little things in life.

With that said, there’s one major downside to ridesharing apps: surge pricing. Sure, you can get around the problem by simply finding an alternative form of transportation, but I’d be lying if I said I’ve never succumbed to the urge to put an overpriced ride on my credit card and treat it as (as I like to call it) a “next month problem.”

However, according to WJLA, surge pricing is getting harder to avoid in at least one area as Uber and Lyft drivers at Reagan International Airport have apparently figured out a way to scam the system by turning off their apps in what can only be described as a coordinated attack to charge riders more than they should pay.

Here’s what one driver had to say about the strategy:

“All the airplanes we know when they land. So five minutes before, we turn all our apps off all of us at the same time. All of us we turn our apps off. They surge, $10, $12, sometimes $19. Then we turn our app on. Everyone will get the surge.”

I’m all for some good shenanigans, but only when they’re cheeky and fun, not cruel and tragic.

Drivers say they’re employing the strategy as a result of being underpaid, which is admittedly a valid gripe they have based on the statistics.

However, that doesn’t make it any less of a dick move.