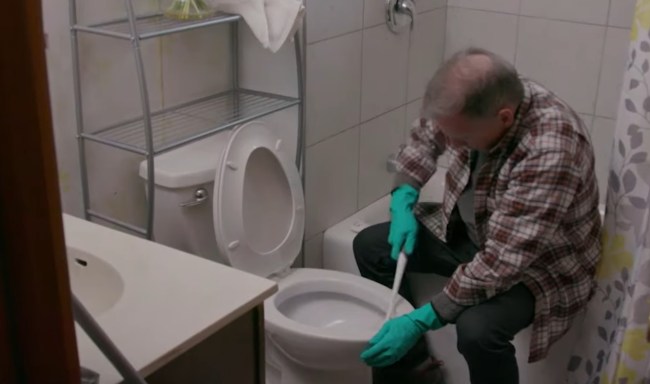 Glenn Stearns, a billionaire who made all his bank in mortgage lending, approached the Discovery Channel with an idea for a TV show.

Stearns told the network he “wanted to test himself.” His show idea revolved around the concept of “taking your life into your own hands” and attempting to turn just a couple dollars into a million-dollar company.

Discovery bought the idea, gave Stearns $100, a cell phone with no contacts, an old pickup truck, and dropped him off in Erie, Pennsylvania.

The result is the new show, “Undercover Billionaire,” and it debuts on Discovery on August 6th.

He’s got $100, an old car, no friends and eats Ramen noodles? We’re living the same life!

Here’s a little more about Stearns, from Business Insider.

Stearns, who is based in Orange County, California, came from a working-class family and made his fortune primarily from Stearns Lending, a mortgage-lending company he founded that had over $500 million in revenue in 2014 and 1,700 employees before Blackstone acquired a 70% stake in it in 2015 (the deal terms were not publicly disclosed).

Discovery pegged Stearns’ net worth at over $1 billion, though Business Insider was not able to independently verify that figure.

Stearns is looking to prove that the American Dream is possible and that his own financial success wasn’t a fluke.

We’re anxious to see how this all works out.