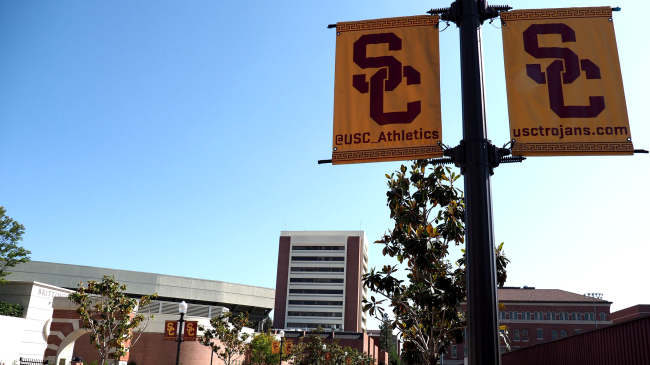 On Thursday, the University of Southern California (USC) agreed to pay around $1.1 billion to settle decades of sexual abuse claims against former campus gynecologist George Tyndall.

The Los Angeles Times reports that it is the largest sex abuse payout in higher education history.

In Los Angeles Superior Court on Thursday, lawyers for a group of 710 women suing USC told a judge they had settled their claims for $852 million.

These payments, tacked on to a previous settlement of $215 million in a 2018 federal class-action lawsuit, brings the total being paid out by the university to $1.067 billion. 50 other cases were also previously settled, however, the dollar amounts were not released.

The sole full-time gynecologist at the student health clinic from 1989 until 2016, Tyndall was accused of preying on a generation of USC women. After The Times exposed his troubled history at the university three years ago, the 74-year-old was stripped of his medical license and arrested. He has pleaded not guilty to dozens of sexual assault charges and is awaiting trial.

USC President Carol Folt, who was appointed in 2019 to reform the university in the wake of the scandal, said in a letter to the school community that she hoped the settlement “provides some relief to the women abused by George Tyndall.”

“I am deeply sorry for the pain experienced by these valued members of the USC community. We appreciate the courage of all who came forward and hope this much needed resolution provides some relief to the women abused by George Tyndall,” wrote Folt.

The cost of protecting a monster at USC was 1 billion. pic.twitter.com/jWKK67Jqi2

“Institutions don’t pay out a billion dollars because nothing happened or they’re not responsible,” said John Manly, co-lead counsel for the plaintiffs. “We were able to prove in court that USC knew for the better part of 30 years that Tyndall was assaulting patients.”

By comparison, USC’s settlement payments will be far more than those in the cases at Michigan State University, which paid $500 million over Larry Nasser’s abuse, and Penn State, which paid more than $109 million for claims related to Jerry Sandusky’s abuse.

“If you look at the number from a per plaintiff basis, I think the math is very comparable with the MSU settlement,” University general counsel Beong-Soo Kim told the Times.

“Institutions don’t pay out a billion dollars because nothing happened or they’re not responsible,” said John Manly, co-lead counsel for the plaintiffs. “We were able to prove in court that USC knew for the better part of 30 years that Tyndall was assaulting patients.”

“Dr. Tyndall continues to deny that he has engaged in any misconduct,” said Tyndall’s attorney Leonard Levine. “He has pleaded not guilty to the criminal charges and remains confident that when the allegations are tested in court in a jury trial, he will be totally exonerated.”

The 74-year-old former USC campus gynecologist has pleaded not guilty to all the charges and is currently free on bond.