Vegetarian Woman Ate One Burger And Became A Meat-Eating Butcher 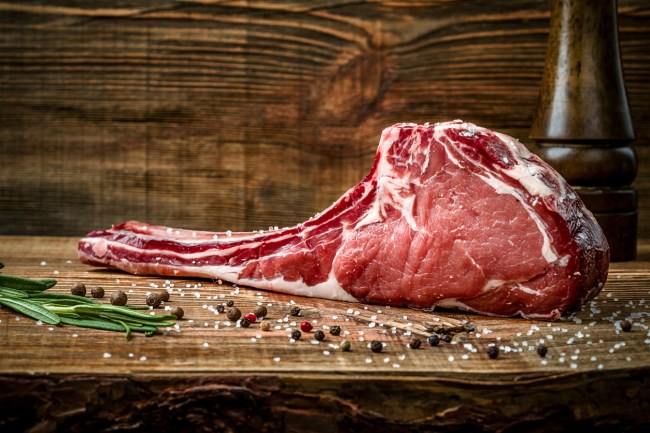 What are some powerful motivators that can change the way a person lives their life? There’s family, friends, love, success, money, career, and last but not least — burgers. The desire for a juicy, smokey, irresistible hamburger can motivate you to do things you never thought possible. But you don’t have to take my word for it, just ask Tammi Jonas.

Tammi Jonas became a vegetarian in 1989 when she was a 19-year-old after reading Australian philosopher Peter Singer’s book Animal Liberation. When she was pregnant with her third child, she became “dangerously anemic,” possibly because she wasn’t eating any meat. Jonas took iron supplements, but they didn’t improve her and her baby’s situation.

“I was at work one day and just thought: ‘A burger would fix this,’” she told 10 Daily.

One scrumptious burger became a gateway drug to other delectable meats. “I went back to red meat, so beef and lamb, once a week throughout the pregnancy, and it was some years longer before I had any pork or poultry,” Jonas revealed.

For nearly a decade, Tammi from Victoria, Australia, was a devoted vegetarian. The switch was turned on and Jonas was a full-fledged flesh-devouring carnivore. But Tammi wasn’t done there by chowing down on ribeyes and pork chops, she became a professional butcher and pig farmer.

Tammi and her husband Stuart started a small, sustainable farm in Victoria’s Central Highlands. “We now grow, butcher and cure all of our meat, and serve 80 households from our thriving community-supported agriculture (CSA) farm,” Jonas said about her Jonai Farms.

“My journey from mindless industrial eater to vegetarian to ethical omnivore led me all the way to become a pig farmer to contribute to the growing movement to get pigs and poultry back out of sheds and onto paddocks,” she wrote on her website.

“Some people will draw an ethical line that killing is bad. But I don’t believe that — I don’t think killing an animal for consumption is unethical if it had a good life,” she told Daily Mail.

“Hats off to you if you don’t want to participate in any livestock production, but try not to have too hard a go at those of us who are trying to restore landscapes with livestock and doing a much better job of it than your vegan impossible burger,” Tammi Jonas said.