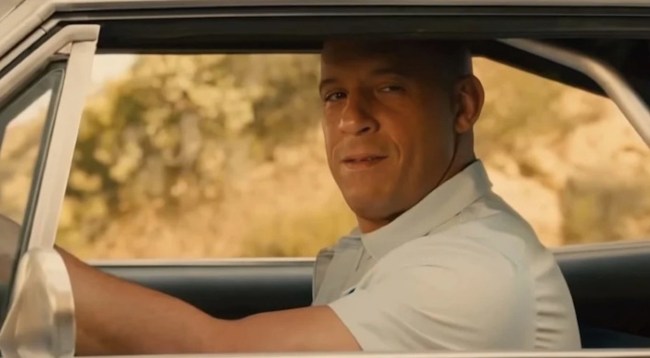 First things first: Rest in Peace to Paul Walker. Dude was an absolute real one and his sudden death remains nothing short of utterly tragic. My thoughts go out to his family, then, now, and always. Nothing but respect for the Walker family.

But that said… somebody pass me what Vin Diesel is smoking because that man is out here saying certifiably INSANE things about his Fast & Furious franchise.

Sidebar, here’s what I can’t stand about Vin Diesel: his ego. Deep down, Diesel thinks that he’s the reason that the Fast & Furious franchise is so successful. Just look at the beef he had with The Rock in recent years — Diesel completely ignores the fact that it was essentially Dwayne Johnson who resuscitated the franchise into the behemoth it is today and tries to take credit for it himself. Vin, buddy…. no one is coming to the theater to watch you grumble through half-baked cliches about blood being thicker than water for two hours.

Need proof of Diesel’s borderline psychopathic view of himself and his career? Check out this clip where he literally claims that the Wiz Khalifa-scored ending of Furious 7 is “the greatest moment in cinematic history.”

Folks, I’ve never smoked crack, but if I did, I’d imagine these are the sort of things I’d say:

To be fair, it’s been a tough week for Diesel. Not only did his latest B-level action movie Bloodshot hit theaters during the height of the coronavirus pandemonium, but the release of F9 has been delayed for an entire year.