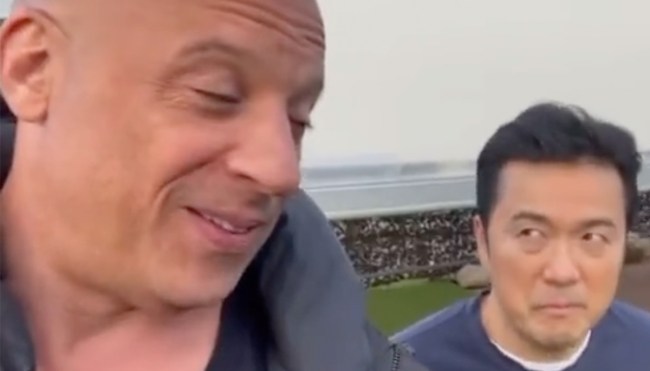 It’s been over 20 years since the world was introduced to the first movie in The Fast and the Furious franchise, and it’s hard to imagine anyone who watched that initial saga unfold could’ve predicted what we’ve been treated to over the course of the past two decades.

I’m still not entirely sure how a project that followed the adventures of an undercover cop tasked with infiltrating a group of car thieves with an affinity for illegal street races spawned a series of films that upped the stakes to a point where two of the protagonists ended up in outer space.

However, when you consider the nine movies have grossed over $6.6 billion at the global box office (a number that surpasses $7 billion if you include Hobbs and Shaw), it’s safe to say it’s done something right.

Last week, Vin Diesel confirmed shooting had begun on what has been dubbed Fast X, which was supposed to feature Fast & Furious 6 and F9 director Justin Lin back in the chair.

However, things took an interesting turn on Tuesday when Deadline reported Lin had decided to make a fast eXit due to what sources say are creative differences (although he’ll remain as a producer).

It didn’t take long for people to call attention to a video Diesel posted on Instagram over the weekend that seemed to foreshadow Lin’s departure, as it was very evident the (now former) director did not share the actor’s enthusiasm for Fast X in a clip that gives off some major hostage situation vibes.

This is from less than a week ago on the set of Fast X.

Vin Diesel looks like he’s holding Justin Lin hostage and he’s already thinking to himself “I have to get out of here.” pic.twitter.com/DIBY5qDL3h

It’s seeming more and more likely that Vin Diesel has kidnapped Justin Lin and is forcing him to finish the Fast Saga pic.twitter.com/2lSESuawQX

It’s unclear who will be taking over for Lin, but one thing is all but certain: Fast X will rake in laughable amounts of money when it hits theaters and the only thing that will stop the franchise from continuing is the death of the Sun.