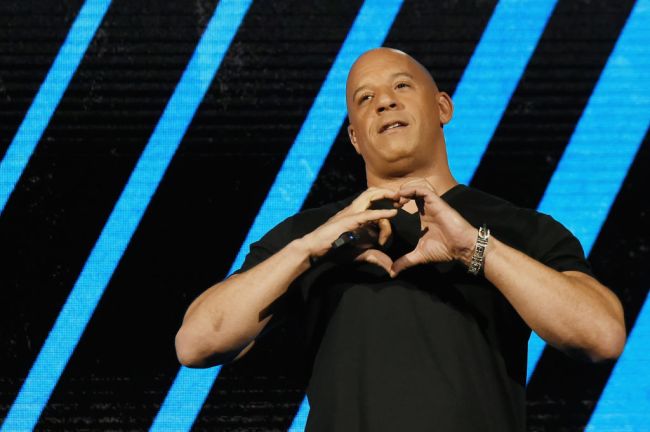 While I’m not necessarily a fan of his acting, I must say, I respect the hell out of Vin Diesel’s almighty ego. This dude essentially fell ass backwards into an action franchise that only really took off once The Rock joined the cast and has since convinced himself that HE’S the reason for the franchise’s success — that people leave their homes, spend their money, and sit in a movie theater for two-and-a-half-hours to see HIM, Vin fucking Diesel. Sheerly extraordinary levels of misplaced self-importance that I simply cannot help but admire.

Naturally, because of Diesel’s ever-inflating ego, it was only a matter of time until he expanded his “talents” to arts beyond just the cinematic variety, leading us to the latest example that we’re actually living in a simulation of Hell, the release of his debut house single “Feel Like I Do”.

He premiered the track on The Kelly Clarkson Show and shared a pre-recorded video message about his new endeavor.

“Kelly, I’m so honored to be able to debut my music on your show, because since you first won [American] Idol and until today have somehow maintained your authenticity. I am blessed that on a year that I would normally be on a movie set — as you know, that’s not possible — I’ve had another creative outlet, another way to show you or share with you my heart. To that end, one of the people that first believed in me was Kygo, so I am now going to debut the first song on Kygo’s label, ‘Feels Like I Do.’ I hope you like it.” [via Uproxx]

Hilariously enough, the audio actually isn’t the most horrifying part of this song, as that distinction goes to the selfie-cover-art. To Diesel’s credit, the tune is actually not as awful as you’d expect before you click play — such is the power of production. Then again, it also just goes to show how low the bar is for our simulatory hell.