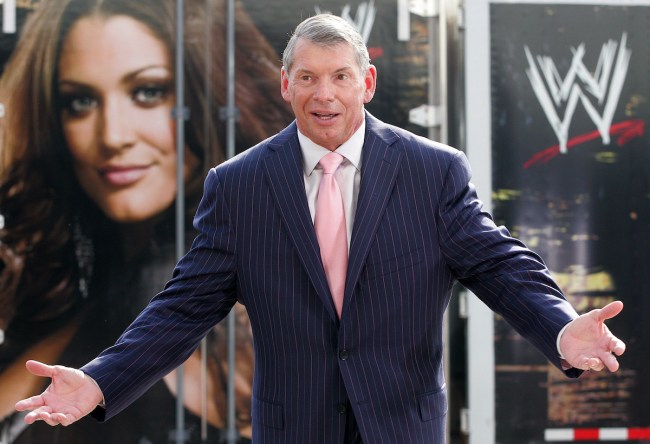 I haven’t been thrift shopping in months, especially with this pesky little pandemic going on, but my visits rarely involved looking for clothes. There’s just something about wearing a stranger’s clothing that skeeves me out.

A Redditor in Florida stopped by a thrift store recently and made an interesting purchase – a designer coat that once belonged to WWE Chairman, Vince McMahon.

The jacket is made by Italian designer Ermenegildo Zegna and retails for over $2000.

The tags inside the coat are visible in the photos. One tag reads “VKM Vince McMahon Richards Of Greenwich 02.04.2019.”

XxSpruce_MoosexX quickly came to the realization that Vince is jacked. When asked if he could fit into the jacket, Spruce Moose commented, “This is a custom-made piece that was originally a 64 L. For reference, I’m usually a very slim 52R or a 50R. The chest is absolutely massive and the shoulders are very padded. I need to eat a ton of Wheaties to fill this out.”

The jacket was once worn during a very memorable segment of Friday Night SmackDown.

This isn’t the only suit belonging to a celeb that the Redditor has found in the same thrift store.

“I found Steve Harvey’s suit a few months back. Much cheaper quality than Vince,” he shared in a Reddit comment.