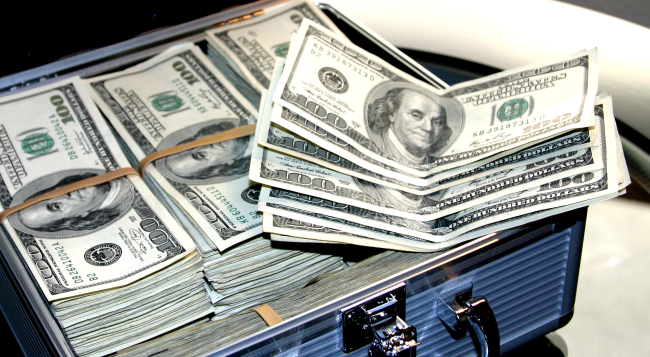 Today’s most annoying person in the world is Michael Worsham of Chesapeake, Virginia.

Back in December of 2014, Worsham collected a $2.5 million lottery jackpot playing a lottery scratch-off ticket.

Last week, Worsham collected an additional $1 million from the Virginia Lottery after winning a second time playing a scratch-off ticket.

“I thought maybe I’d won a hundred dollars,” Worsham told Virginia Lottery officials when he redeemed his winning ticket. “I looked at it again and said, ‘This is a million!’”

This time his windfall came via a Extreme Millions scratcher which features prizes ranging from $30 to $10 million, including the $1 million second prize that Worsham snagged.

According to the Virginia Lottery, Mr. Worsham had the choice of taking the full $1 million spread out over 30 years or… a one-time cash option of $657,030 before taxes. He chose the cash option.

Annoying, right? It could have been worse.

Somehow, he won both.

And the name of the scratch-off game he played when he won the second time around? The Massachusetts Millionaires’ Club instant ticket game.

We can’t make this stuff up, folks.