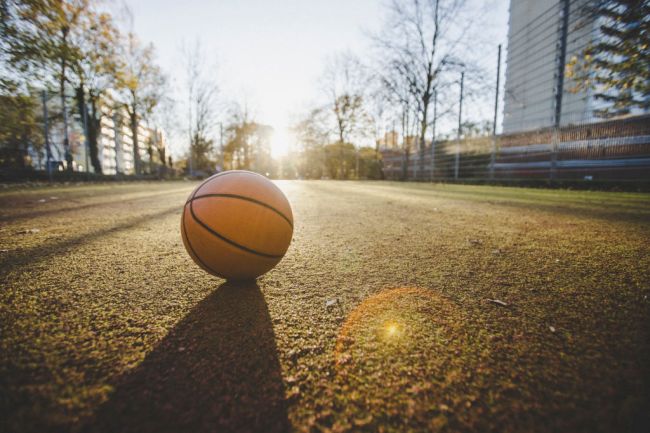 Makola M. Abdullah, Ph.D has served as the President of Virginia State University since 2016 and has been balling since birth. When he was approached by a student named Afo, who is known for his viral videos at the school, Abdullah decided to go to work. Afo’s video of the day was to approach people with a basketball and challenge them to a spur-of-the-moment game of 1-on-1.

Afo sauced up a woman in a tight dress and heels, a fellow student and a security guard before the President walked out of his office. That’s when the script flipped. Afo pulled the ball out of his backpack and immediately had it swatted out of his hands. Abdullah removed his suit jacket and it was on.

Things started out BOLD. The President passed the ball to himself OFF OF AFO’S HEAD!! DOWNRIGHT DISRESPECTFUL!!

What he did next was just embarrassing. Even Afo acknowledges it. He tweeted “I was walking around Virginia State & the President of the school just embarrassed me… 😭”

Abdullah crossed him up with a nasty nutmeg that left Afo without ankles.

He even took his jacket off 😫pic.twitter.com/BndKAFhGfu

Afo tweeted after, “I’m not gonna lie, it took a lot for me to post this. He definitely got me tho.”

Got him, he did. But the President kept things light hearted and tweeted out some love, to which Afo replied “rematch coming soon!”

You already know it's all love. I can't wait until everybody is back on campus. pic.twitter.com/xajTnTwR7A

Abdullah praised Afo as a great person, a talented entertainer and a scholar who is expected to graduate soon. But as for a rematch, he wasn’t quite sure.

“I don’t know if my knees will let me do it twice! I think I might have gotten just enough out of these knees,” he said. “I’m going to retire now.”

Retiring on top is a king move.