YouTuber Vitaly Zdorovetskiy Of ‘Do You Even Lift, Bro’ Fame Charged With Attacking A Female Jogger 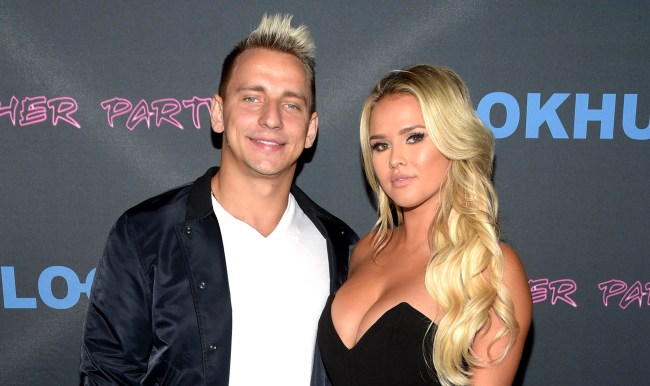 If you enjoy watching prank videos on YouTube then there’s a better than average chance you have seen Vitaly Zdorovetskiy. His YouTube channel VitalyzdTv has over 10.3 million subscribers and he’s been doing it for about eight years now having published 357 different videos over that time. He also has a second YouTube channel with 1.97 million subscribers and 440 more videos, so he’s quite popular.

He is also the guy who made the phrase “Do you even lift, bro?” famous when a video he posted way back in 2013 went viral and became one of the biggest memes the internet has ever seen.

Zdorovetskiy also created quite a stir at the 2019 UEFA Champions League match between Tottenham Hotspur and Liverpool when his girlfriend Kinsey Wolanski ran on to the pitch wearing a revealing singlet with the phrase “Vitaly Uncensored” emblazoned across the front of it.

However, this past Sunday, Zdorovetskiy gained noteriety for a whole different reason and the people that were most interested in watching him were police officers in Miami Beach.

According to People magazine, Zdorovetskiy, 28, was arrested and charged with a felony charge of aggravated battery after a woman told police that she was jogging alone when Zdorovetskiy attacked her, throwing her to the ground then straddling her and punching her in the face, neck and chest.

According to the police report, the woman began to scream for help, catching the attention of several passersby. Zdorovetskiy ran into a nearby home, where he was later arrested, the report alleges.

The alleged victim told police she had never met Zdorovetskiy and didn’t know who he was or why he would have attacked her. She complained of chest pains at the scene and had suffered a cut above her eye that required stitches. She is expected to physically recover from her injuries.

Zdorovetskiy posted a $7,500 bond on Monday and was released from Miami-Dade County Jail. No motive for the alleged random attack has been released.

The Russian-born Zdorovetskiy was previously arrested in July of 2012 for a video prank he tried to pull in Boca Raton in which he tried to trick a man into believing that a briefcase he was holding contained a bomb that was set to detonate in 60 seconds.