Countdown To ‘El Camino’: How The F*ck Did Walter White Poison Brock? 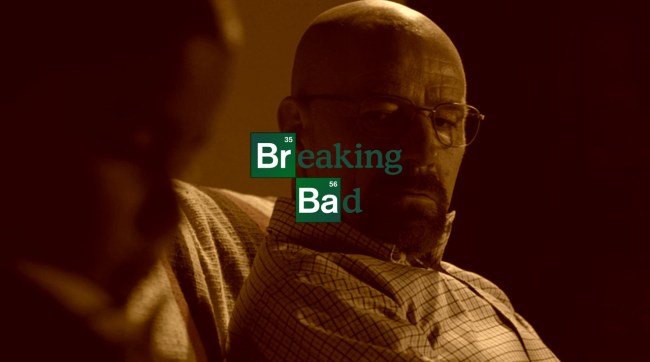 Following the release of the first — and likely only — the trailer for El Camino, I was immediately overcome by the insatiable itch to rewatch Breaking Bad.

In my humble semi-professional opinion, the five seasons of Breaking Bad represent the mountaintop of prestige television, as there has never been another series as efficient, effective, and enthralling as the legendary “Mr. Chips turns into Scarface” drama.

And yet, while Breaking Bad has long been known for its meticulous plotting and astute attention to details, one of the biggest leaps of faith it ever asked the audience to take remains unexplained to this day.

In the closing stages of season four, as Walt’s long-gestating dispute with drug kingpin Gustavo Fring was coming to a head, the former high school chemistry teacher found himself alone in his backyard with just his gun and his thoughts, simply awaiting the grizzly fate that was coming his way.

Seemingly resigned to defeat and ultimately death, Walt sat idly at his poolside table, spinning his revolver as if he were playing a teenage game of spin-the-bottle.

As we now know, that spinning gun eventually lands in the direction of a Lily of the Valley potted plant — a plant that he would later synthesize into poison to unleash on Jesse’s girlfriend’s son, Brock, in an effort to turn his embattled meth-cooking partner fully against the increasingly evil Fring.

And while Walt being the one to poison Brock was confirmed in the final shot of the season four finale, exactly how the criminal mastermind pulled off such a horrific feat was never fully explained. At least not explained in the show, that is.

Back in 2013 — the same year Breaking Bad concluded — series creator Vince Gilligan actually discussed that very topic during an appearance at San Diego Comic-Con, explaining what he and the writers called “the story of the Evil Juice Box Man”:

“That’s an excellent question,” Gilligan says. “The writers would always tell the story of the Evil Juice Box Man. The way we worked it out on our timeline is he had just enough time to do it, but it would’ve been very tricky indeed.” They figured he crushed the poison up, stuck it in a juice box, and got into Brock’s school.

“That’s our inner story, the writers and I, for how it happened. It would’ve been very tricky timing, but he was a motivated individual at that point.” [via Uproxx]

While that’s certainly quite a specific answer from Gilligan, it’s also a relatively weak one, as he’s essentially explaining the inner machinations of Walt’s diabolical plan as a simple Deus ex machina: “Well, he *had* to figure out a way to pull it off, so he did.”

That said, Breaking Bad explicitly — and repeatedly — showcased multiple instances of Walter White being able to conjure up and execute evil plans far more complicated than poisoning an innocent and unassuming child, so it’s well within the realm of possibility that he was somehow able to taint young Brock’s juice box.

Are there any infamous ‘Breaking Bad’ moments that you would like to see discussed prior to the release of ‘El Camino’?  Reach out to Eric on Twitter or via email at eric@brobible.com.