‘WandaVision’ Director Reveals An Episode Got Cut, Shares Scene Deleted From The Finale 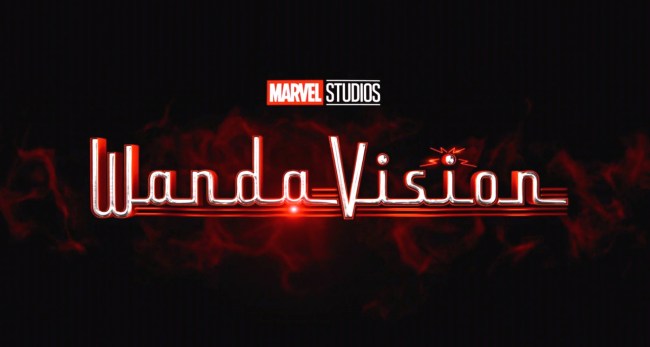 If you felt a little empty and/or underwhelmed after watching the season finale of WandaVision, you are not alone.

The first eight episodes were so great, creating so many questions in viewers’ minds, and then *fart noises*.

Why were there SO MANY red herrings that never ended up leading to anything?

Dottie, AKA “the key to everything in this town,” ended up being… nothing. Herb, who was obviously aware of what was going on as he chatted with Agnes over the hedges, was… nothing. Evan Peters acting exactly like Pietro from the X-Men movies was… nothing. Monica Rambeau’s engineer friend turned out to be… nothing. And Vision has now essentially died three times, but still somehow lives on!

Even Emma Caulfield, who played Dottie, felt the need to apologize.

“I hope no one eggs my house!” she told Vanity Fair. Don’t give us any ideas.

The finale of WandaVision ended up getting the lowest rating of all nine episodes on Rotten Tomatoes.

“The Series Finale implodes WandaVision’s intimacy in favor of bigger MCU bangs, and while it might not be the finale some fans were hoping for, it offers enough breadcrumbs to keep everyone guessing about the future of the multiverse,” reads the Critics Consensus.

It turns out, WandaVision was originally supposed to be 10 episodes long, not nine.

Director Matt Shakman admitted this to Kevin Smith on his podcast, saying, “Well, yeah, things were constantly changing and getting rebroken. The story was changing, especially a lot of the real-world stuff and the finale. There was a lot of experimentation going on and sort of trying different things out. We also at one point had 10 episodes planned and we ended up collapsing a couple, you know, just to make the rhythm feel a little bit better.”

Could there have been a rush to get the show completed, in part, because of the ongoing pandemic?

“…yeah, they constantly changed and then of course, once we wrapped in Atlanta, the pandemic hit and we ended up having months off,” admitted Shakman. “So then, further changes during that, we were doing post-production and then ideas would come up and little changes would happen as a result.”

Shakman also revealed that an action scene from the finale of WandaVision was also cut, and it involved Agatha Harkness’ rabbit Señor Scratchy, of all things.

“We did have something more planned for Señor Scratchy that we ultimately couldn’t do because the finale had so many different chess pieces,” Shakman told Smith. “But we did have a whole sequence where Darcy, Monica, and Ralph meet up with the kids in Agatha’s house, and they think they should steal the Darkhold from the basement because the kids had seen it when they were down there being held hostage by Agatha.”

More Darcy certainly would have been welcome.

Shakman says they even shot the scene, “but we didn’t finish all the VFX stuff for it.”

“It was a great sequence, it was super fun, everyone was great in it. But we ended up moving it aside because it was a huge detour in the middle of everything else we had going on.”

WandaVision creator Jac Schaeffer also revealed some behind-the-scenes happenings to the New York Times, including why they ended up choosing which sitcoms to copy, as well as which sitcoms were considered, but didn’t make the cut.

“[O]nce we got in the writers’ room, we stayed with family sitcoms and sitcoms that were on the brighter, optimistic side of the spectrum because it is a fantasy. That meant things like All in the Family and Roseanne got shunted to the side,” said Schaeffer. “I had an episode that was The Mary Tyler Moore Show, and it was about Wanda’s work-life balance. Those are spectacular shows and say so much about our culture and ourselves. But we stayed in the zone of aspirational family sitcoms and that helped us find the focus of the show.”

Another show was also considered, but it was definitely not a sitcom: CSI.

“In my pitch, the ‘rewind’ episode was a CSI episode,” Schaeffer explained. “I thought, how interesting to do sitcom, sitcom, sitcom, and then shatter that and be in a different genre.”

Okay, now I want to see that. Can we get a do-over?