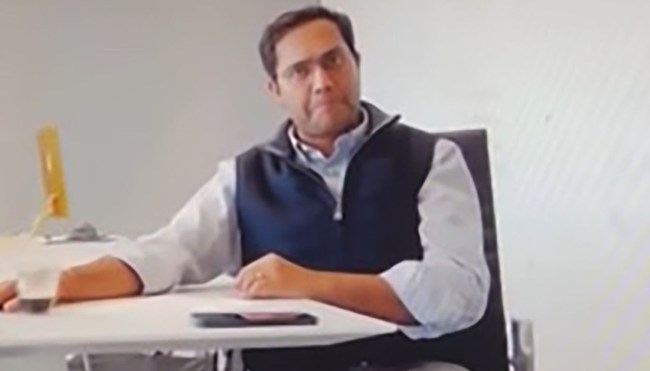 Layoffs are an unfortunate but often unavoidable aspect of running a business, and unless an employee has done something particularly egregious to warrant their dismissal, anyone with a single shred of compassion will attempt to figure out a way to fire someone in a dignified manner.

Of course, billionaire CEOs aren’t exactly famous for their ability to process concepts like “empathy” and human emotions in general. As a result, we’re routinely treated to stories about rich people in a position of power who could not care less the employees who work for them—including the one Better.com CEO Vishal Garg found himself at the center of earlier this month.

On December 1st, the head of the online mortgage company invited 900 employees to join a three-minute Zoom meeting where participants were told “If you’re on this call, you are part of the unlucky group that is being laid off.” Garg cited the ever-fickle and almighty Market Changes as justification for the mass layoffs—which just so happen to come shortly after Better.com received a $750 million cash infusion from a Japanse bank.

Garg attempted to apologize for the manner in which he decided to handle the firings earlier this week, but based on what unfolded on Friday morning, it seems that wasn’t enough to stop the tsunami of karma it appears is about to make landfall.

As things currently stand, Garg is still employed as the CEO of the company he founded in 2014, but that may not be the case for long based on an email Better’s board of directors sent to employees on Friday morning that was first obtained by Vice.

Vishal and the Board wanted to provide Better employees an update given the very regrettable events over the last week.

Vishal will be taking time off effective immediately. During this interim period, Kevin Ryan as CFO will be managing the day-to-day decisions of the company and he will be reporting to the Board. As well, the Board has engaged an independent 3rd party firm to do a leadership and cultural assessment. The recommendations of this assessment will be taken into account to build a long-term sustainable and positive culture at Better. We have much work to do and we hope that everyone can refocus on our customers and support each other to continue to build a great company and a company we can be proud of.

Better Board of Directors

As of this summer, Garg had $1 billion worth of equity in Better, which was planning to go public in a deal that would’ve valued the company at close to $7 billion. However, it’s safe to assume this incident and the negative publicity it generated didn’t do that number any favors.

While there’s no telling how this will eventually pan out, CEOs who take a leave of absence “effective immediately” before their company pays a third party to conduct a “leaderships and cultural assessment” usually don’t end up being the CEO anymore when everything runs its course.