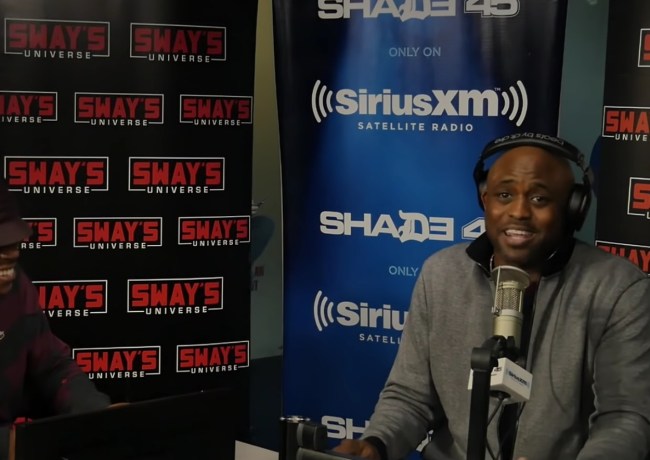 Wayne Brady is an incredibly talented individual. I’ve watched him for years on everything from Whose Line Is It Anyway to How I Met Your Mother. I saw him on Broadway when a roommate’s parents came in town and gave us their extra tickets. His cameo was legendary in Chappelle’s Show which is why I won’t begrudge him for ignoring me as he walked past our table in Las Vegas during March Madness two years ago and I’m all ‘Wayne!’ and he kept walking like he couldn’t hear me.

I am NOT the type to ever stop a celebrity I lived in SoHo for years. Seeing celebrities was a daily occurrence. But these days I work from home and have the TV on in the background all day as white noise and between 10am-11am I’ve got Let’s Make A Deal on my TV every single damn day, Monday through Friday, so it felt personal when Wayne Brady (and Jonathan!!!) big leagued me and walked past without so much as the tip of a cap. In hindsight, I’m a drunken buffoon so they were right to keep on walking. I would’ve just sucked them into a nonsensical conversation and Wayne’s far too much of a gentleman to tell to just shut my damn mouth.

Anyway, I’ve lost complete track of what it is we came here to do: check out this Wayne Brady freestyle. Wayne was a guest on Sway’s Universe on SiriusXM where he participated in the ‘5 Fingers of Death’ freestyle challenge. The name sounds a lot more menacing than it is.

Wayne’s given a beat and is asked to freestyle while he reads five questions off a card and has to answer those questions in his freestyle. This is basically a spicy version of Whose Line. Wayne’s been preparing for a challenge like this for years and he crushes it.

As my colleague Connor pointed out, this wasn’t Wayne Brady’s first rodeo on that show. He previously freestyled for Sway’s Universe back in 2013 and crushed it then as well. Here’s that clip for anyone out there that wants more:

The irony of the Chappelle’s Show quote “white people love Wayne Brady” is most definitely not lost on me here but the reality is everyone loves Wayne Brady. He just comes off as a great guy.