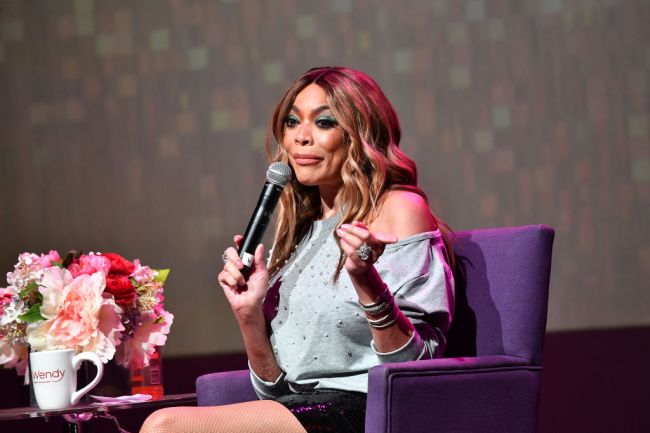 Four months ago, Wendy Williams categorized Britney Spears’ father as a “good man,” and opined that Britney “needs to have someone that’s controlling her finances, and controlling who she is friends with and where she goes and what time she’s coming in.”

The same person the TV host praised back in February, she’s now wishing death upon.

The stark change of heart comes in the wake of Britney’s emotional 23-minute testimony at a Los Angeles Superior Court accusing her conservators, including her father, of various types of abuse and excessive control—including blocking her from removing and IUD, forcing her to go to rehab and take lithium (which she claims made her feel drunk), exercising complete autonomy over her finances, and more.

Williams, who herself is a prisoner (of the moment), horrified audience members in attendance of her Thursday show after she wished death upon Jamie and Lynne Spears.

"Death to all of them!" – Wendy Williams on Britney Spears' parents. pic.twitter.com/frBB7WOL4j

“How dare you Mr. Spears. You had me fooled. And you too, Mrs. Spears. Death to all of them.”

I haven’t heard Wendy Williams’ audience react so animated since she nearly puked and crapped simultaneously on national television.

DID WENDY WILLIAMS JUST BURP N FART AT THE SAME TIME?? I- 😭😭💀💀 pic.twitter.com/aXvbP9SZvw

All this is to say: