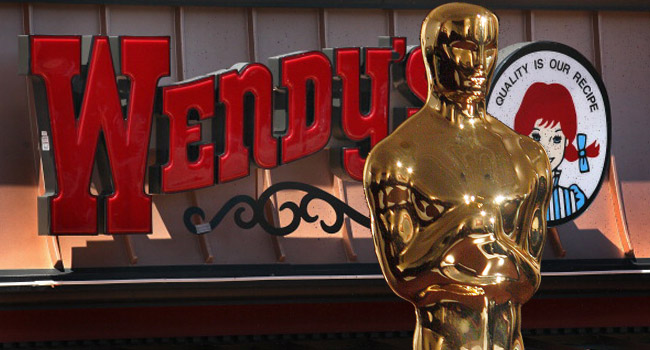 If you spend any amount of time on Twitter and don’t follow Wendy’s, then you are doing Twitter wrong. Because if you haven’t been following Wendy’s on Twitter then you have missed out on their rap battle with Wingstop, them getting blocked by Hardee’s, a hilarious beef they got into with McDonald’s, and them roasting a troll so hard he deleted his account.

See what I mean, by you’re doing Twitter wrong if you are following Wendy’s (and the marvelous woman behind all of the restaurant’s epic tweets).

Case in point, on Wednesday, Eric Kohn, a film critic and editor for IndieWire, randomly tweeted at Wendy’s, “Need to know your favorite movie of the year.”

@Wendys Need to know your favorite movie of the year.

15 minutes later he had his answer, because Wendy’s Twitter is awesome, and the answer was Lady Bird, with The Big Sick, Get Out and Logan also getting a mention. coming in after. Blade Runner also got a call-out for being “visually stunning.”

Lady Bird was pretty great. Also, enjoyed The Big Sick and Get Out, and Logan remains surprisingly high on the list. Also, Blade Runner was visually stunning.

End of conversation, right? Wendy’s has spoken and so it shall be done – the Oscar goes to Lady Bird.

Well, hold your horses, because the production company behind Lady Bird, A24, had another question for Wendy’s, “Tell us what you liked about Lady Bird?”

Tell us what you liked about Lady Bird?

And off to the races we go…

This is all happening so fast. A great example of the confusion found while coming of age, great dynamic between Lady Bird and her mother, and an interesting look at class differences and their affect on the mentality of youth.

That is a very thoughtful take, @Wendys. Please reach out if you are ever interested in moving over to film twitter.

Then Rotten Tomatoes decided to get in on the conversation…

Love your take on #LadyBird @Wendys! If you're ever thinking of getting into film crticism let's talk

We are Certified Fresh Never Frozen

This sparked a beef (pun intended) between A24 and Rotten Tomatoes…

Wait but we already called dibs on them for social media.

With all of this great discussion taking place, Wendy’s decided to ask the head honchos if they could just turn their Twitter account into a movie review account…

hold on, asking the people in charge if we can turn this into a movie review account

They very quickly said no

For real excited to see it

It was good too. A lot of good movies this year.

Is anyone ever not excited for new Star wars?

It was really good. Very funny.

It's hard to compare films made from such different time frames, but the new adaptation was pretty great.

As if that wasn’t enough, Wendy’s then decided to branch out into video game reviews…

Depends on what you're looking for. Both are great, but prefer Morrowind