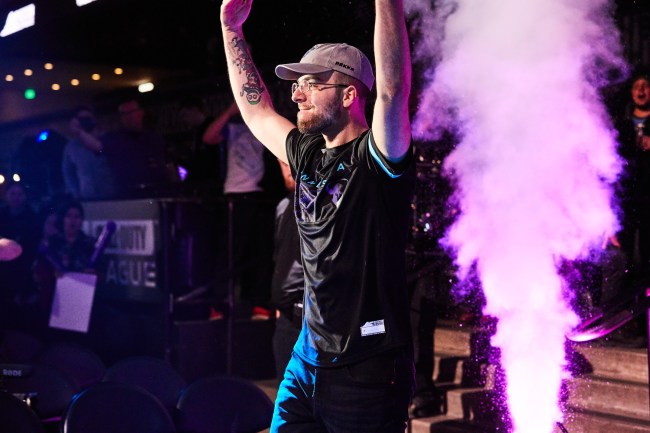 Presented in partnership with Call Of Duty League

Folks, we’re officially at the one month mark of social distancing. Hope you’re holding up well in quarantine life.

We know, we know – You miss live sports. We miss them too. But while the world figures itself out, we’ll just have to find other ways of entertaining ourselves.

If you’re anything like me, you’re on a video game binge for the ages right now, especially with the launch of Call Of Duty Warzone.

It’s the perfect time to dip your toes into the Call Of Duty tournament waters, where you can refine your CoD skills as a player by watching pros who are battling it out for a piece of the tournament’s six million dollar prize pool. 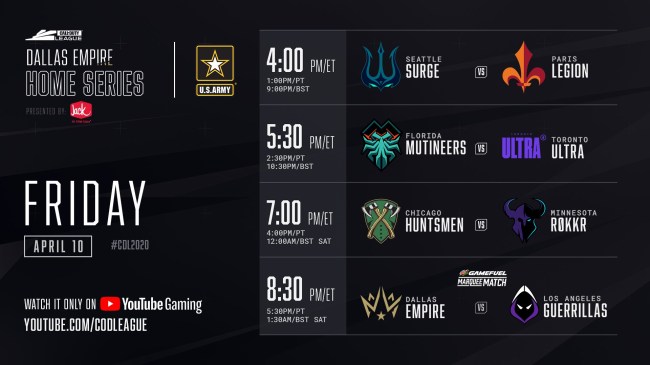 If you’ve been jonesing for some live action, get familiar with the teams and tune-into the tournament this weekend.

Here at @BroBible, we’ll be live-tweeting along with the action all weekend long.

Be sure to follow along for your chance to win Call of Duty Battle Passes throughout the course of the weekend.

All you have to do is RT one of the following videos below from the @BroBible Twitter for a chance to win.

If you’re new to the Call Of Duty Battle Pass, the just-launched Season 3 Battle Pass system adds over 100 pieces of content, including two free new earnable weapons at Tiers 15 and 31.

Here’s what you get, via Blizzard:

At Tier 15, the Renetti handgun offers a well-rounded semi-auto 9mm with an alternative three-round burst attachment. At Tier 31, the SKS marksman rifle is a lightweight, mobile weapon with the fastest fire rate in its class.

Players can also unlock a new Finishing Move featuring the fan-favorite pup Riley from the Modern Warfare franchise, as well as vehicle skins that apply to the vehicles found in Verdansk.

Here’s the tune-in schedule for the Call Of Duty League restart, only on YouTube Gaming.

Set those schedules, it’s going to be an epic weekend. 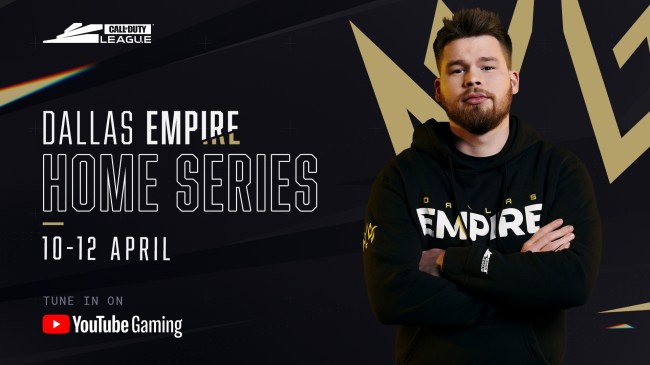