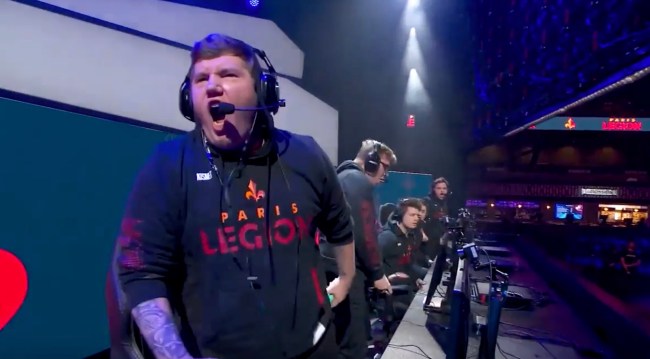 The Call of Duty League’s inaugural season kicked off earlier this year, inviting fans to watch 12 city- based teams battle for the ultimate bragging rights…and a piece of the tournament’s six million dollar prize pool.

If you caught any of the debut matches, you’re already well aware of their potential to push you toward the edge of your seat. Packed with lightning-quick action, heated rivalries, and clutch victories, the league is fueled by the sort of dynamic competition previously reserved for the most thrilling NFL and NBA games.

While witnessing trigger-pulling pros like the Atlanta FaZe secure their number one rank could fill a year’s worth of highlight reels, though, their skills offer more than adrenaline-spiking entertainment. For more mainstream, or even casual, Call of Duty fans, seeing these talented teams in action can provide essential tips and strategies. If you’re looking to improve your own game, why not let the world’s best players school you? 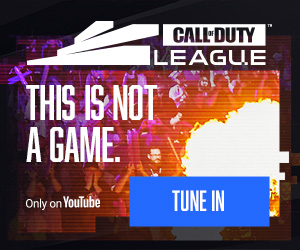 If you want to hone your style on a specific map, choose the right class set-up for a particular mode, or maybe just learn to curb your lone wolf tendencies, watching CDL matches – which resumes on Friday, April 10th at 4PM ET  – can help get you there. Of course, cribbing from the pros doesn’t mean you’ll be recruited by the Chicago Huntsmen anytime soon, but it could make you the best among your trash-talking buddies.

Whether you’ve got pro player aspirations or simply want to dominate from the comfort of your couch, focusing on these four elements could give you that extra edge.

CDL’s matches unfold on a specific selection of seven maps, played in three modes – Domination, Hardpoint, and Search & Destroy. While they’ve been chosen based on their ability to best support fair and competitive play, their selection also offers spectators a great way to master the modes and view each map through the lens of a pro.

Watching top-level players navigate these specific battlefields, as well as the modes, can provide a bounty of tips, techniques, and strategies.

Whether you find yourself constantly losing your one, precious life in Search & Destroy or want to snipe like the pros on a specific map, watching league matches is just what the field medic ordered. 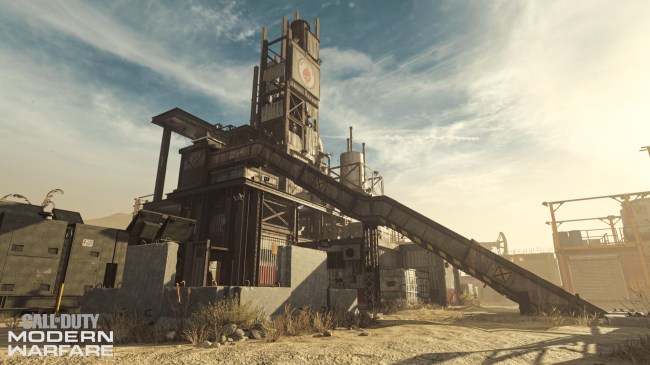 If you’re playing Call of Duty: Modern Warfare on the regular – especially with the latest brand new Season 3 update – you’ve probably got a favorite load-out you rely on. If your go-to guns and gear aren’t quite cutting it, though, take a closer look at what CDL’s players are using.

You’ll want to start by checking out their primary and secondary weapons, as well as their chosen equipment and field upgrades. It’s the more nuanced details, however, that can mean the difference between winning and bleeding out. Pay special attention to which attachments and perks they’re equipping to specific weapons. Your standard MP5 might do the trick on a weekend pick-up match, but without the right muzzle, grip, under-barrel, and ammo, it’ll look like a pea-shooter compared to the pros’ thoughtfully-crafted version of the same gun.

Of course, all class set-ups aren’t created equal on all maps and modes. One that helps secure a victory in Search & Destroy might leave you struggling to score kills in Hardpoint. Consider not only what the pros are equipping, but when and where they’re leveraging a particular load-out.

Few things are more frustrating than playing at the top of your game, soaring to a victory, only to have one of your teammates make a match-losing mistake. Regardless of how many headshots you score on your own, you’re only as good as the weakest link on your team. The the thing is, that weak link isn’t typically a single player lacking skills, but your entire team’s inability to work as a well-oiled machine.

Watching CDL’s squad-mates gel to come through in the clutch is a thing of beauty, as well as a powerful lesson to any team who’s seen their strategy fall apart at the worst possible moment. Paying attention to any communication between CDL team’s players can be helpful, but studying their strategies is key; everything from the initial positions they take up and how they complement each other’s techniques can provide invaluable team-building skills.

Even being attuned to where each member is positioned on the mini-map at a given time can offer a high-level look at a team’s ability to successfully work together. Best of all, the pros can teach you how to dig out of a hole when things go south. For most of us, the pressure of an impending loss leads to us screaming expletives at our squad-mates until the other team takes the match. The pros often thrive in these situations, by reacting, mobilizing, and falling back on a plan B that’d put the average player’s A-game to shame.

CDL’s play-by-play commentators shouldn’t be dismissed as mere hype machines, calling – or yelling – out the moments that bring fans to their feet. With a deep knowledge of the league, its teams, and particular players’ techniques and styles, they provide insight that goes far beyond pointing out the obvious.

Because the action unfolds so quickly, the commentators serve as a fantastic complement, keeping you up to speed while offering context as to how and why a team or player might be performing in a certain way. You can learn a ton just by watching your favorite pros rise up the ranks, but the play-by-play fills in the blanks, backing up the unfolding action with applicable knowledge.

The nine remaining regular season Call of Duty League events will be played Friday to Sunday, and will start at the same time each day (Fridays at 4 p.m. ET, Saturdays at 1 p.m. ET, and Sundays at 4 p.m. ET). 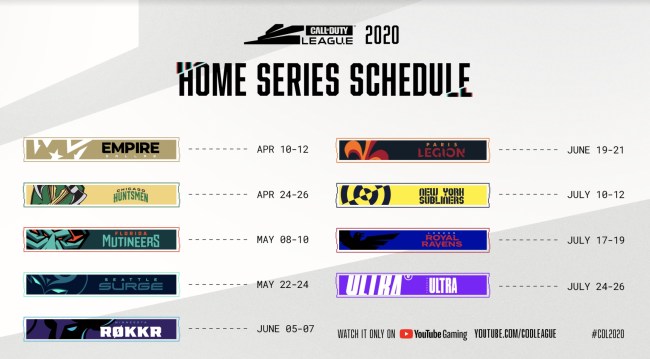