Against All Odds, West Virginia Wins The You-Know-What Survivor Pool 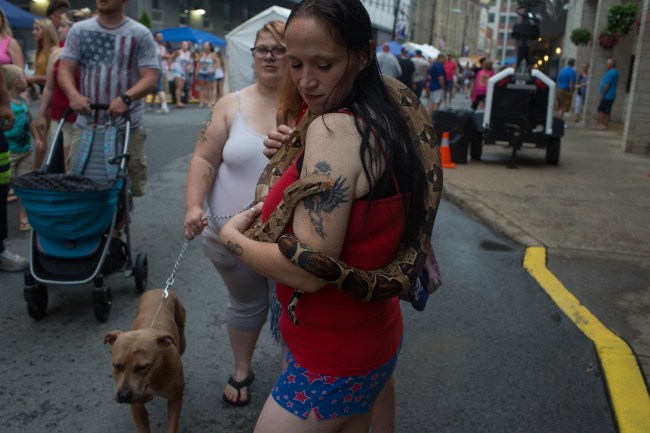 In a shocking upset, West Virginia is officially the last state without any reported cases of the Tyronasaurus. My oh my, I didn’t see that coming. Not because they don’t deserve it, but because they came into this thing as probably a 7 seed and now they’re heading home with the hardware.

It’s a good thing, too, since they’re ranked #48 out of 50 states in healthcare. They’re also dead last in both economy and infrastructure (US News). Maybe the pepperoni took a look and just felt bad.

As of Tuesday morning 17 Mar, the United States has reported:

I was a big Calvin & Hobbes fan and I remember one strip where Calvin knows that Hobbes is waiting to pounce on him, so he tries to evade the tackle. In doing so, he gets caught up in a bunch of brambles, falls in a puddle or something, and gets incredibly dirty along the way. By the time he reaches the waiting Hobbes, Hobbes says “what’s the point?” In this analogy, Hobbes is the Star Wars: Attack of the Rones, while Calvin is West Virginia. That probably wasn’t worth writing.

I won’t make some hacky jokes about how West Virginians are too dumb to know they have it, or that somehow their tendency towards dating within the family tree has helped inoculate them against the spread through some strange co-mingled DNA shield. In fact, I heard that Virginia actually has the higher incest rate. No, there’s something else at play here. According to the World Population Review, West Virginia is one of only a few U.S. states without a city of 100,000 residents. It’s incredibly rural and mountainous, so social distancing was already in place before anyone knew that term. That’s really why they’re living clean these days.

Governor Jim Justice said on Friday: “We know it’s here,” he said. “I mean, let’s be real. It has to be here. We just haven’t found it yet” (NY Times).

Jim! Believe in something buddy! Country roads, take me home! Sure, West Virginia has the highest smoking rate in the country, and a ton of its coal miners have the black lung (seriously). Couple that with its underprepared healthcare system, and it’s a state that is dangerously susceptible to the most negative effects of the E.T. phone rone.

But wouldn’t it be amazing if somehow, through all this, nobody in West Virginia came down with it? If after all is said and done, WEST VIRGINIA became the beacon of hope and the model for mitigating future pannies? They’d put that on their state quarter, you better believe it.