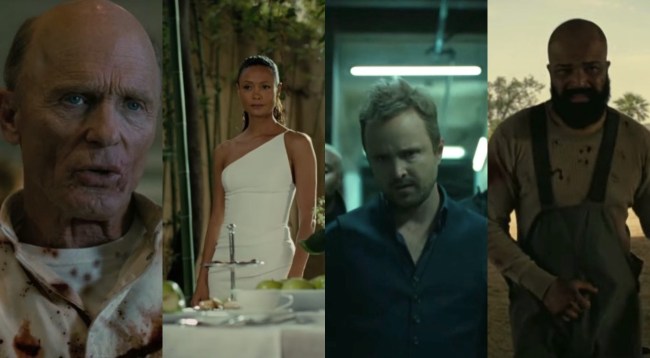 After spending all of 2019 off-the-air, one of HBO’s most ambitious series is on the verge of returning, as season three of Westworld is now less than a month away from its premiere on Sunday, March 15.

With just a few weeks remaining until its debut, HBO has finally decided to drop the epic official trailer for the upcoming season, which is subtitled “The New World”. Unlike the previous two seasons, though, season 3 of the hit sci-fi series will only consist of eight hour-long episodes instead of ten.

After a wild — yet admittedly confusing — second season that saw Evan Rachel Wood’s Dolores escape into the “real world”, season three seems as though it will feature the rogue host hatching some sort of plot against her previous captors. In an effort to stop them, the powers that be seem to be tasking Thandie Newton’s far-more-heroic Maeve with bringing Dolores down.

As for whatever the hell is going on with Ed Harris’ William following last season’s absolutely mind-blowing post-credit scene that saw the Man in Black wind up in some sort of dystopian version of the Westworld park in what appears to be an extreme time jump… I have no fucking clue.

Hopefully, when Westworld does provide answers to these questions, they’ll be far easier to understand than some of the main elements in Season 2.