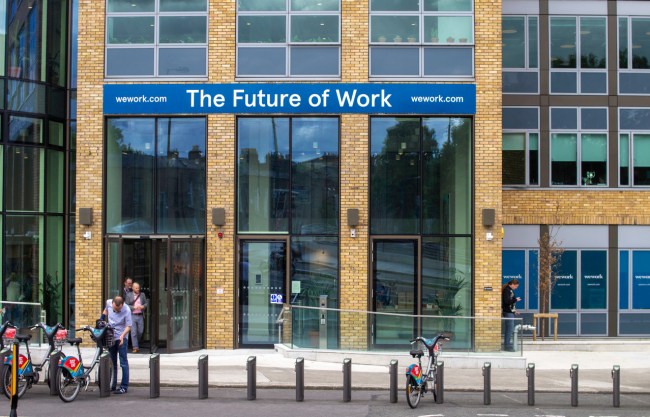 In what sounds like something right out of the Fyre Festival debacle, there is a story about a company that dealt with a cash crunch by laying off a large number of its employees and then throwing a party, complete with free tequila and a performance by Run-DMC.

WeWork is a company that provides offices and services for businesses, especially tech startups. WeWork was founded in 2010 by Adam Neumann, Miguel McKelvey, and Rebekah Neumann. The company has experienced highs and lows since it was established, including lawsuits by former employess and their IPO delayed due to a declining valuation that would worry investors.

The Wall Street Journal wrote a profile about WeWork’s CEO Adam Neumann. There was one particular story in the company’s history that gives insight into the oddly-managed company.

A few weeks after the firings, Neumann attempted to alleviate workers’ concerns about the company’s bleak future and the mass layoffs by spending money on booze and a concert. Neumann threw a party at the company’s headquarters with free tequila and a performance by Run-DMC. If the company was in such dire financial shape, how could they afford to treat the staff to free vodka and a performance by Run-DMC? Well, it’s tricky.

“A few weeks after Mr. Neumann fired 7% of the staff in 2016, he somberly addressed the issue at an evening all-hands meeting at headquarters, telling attendees the move was tough but necessary to cut costs, and the company would be better because of it,” the WSJ says in the article.

“Then employees carrying trays of plastic shot glasses filled with tequila came into the room, followed by toasts and drinks,” the profile says. “Soon after, Darryl McDaniels of hip-hop group Run-DMC entered the room, embraced Mr. Neumann and played a set for the staff. Workers danced to the 1980s hit It’s Tricky as the tequila trays made more rounds; some others, still focused on the firings, say they were stunned and confused.”

I mean, if you’re already bleeding money, why not spend a little more… right? And can you really worry about the future of the company or Bob from accounting who got fired last week if you’re plastered and singing Peter Piper with an actual member of Run-DMC? Sorry, Bob and Bob’s family, I’m busy rapping Down With The King with Daryl Mac. It seems like a quality investment into workplace morale to me.

It should be noted that the satirical website Clickhole posted an article that was eerily similar to the Run-DMC performance. Their January article was titled “Coolest Job Ever: This Awesome Digital Media Company Hired Post Malone To Entertain Laid-Off Employees With Amazing Music While They Cleaned Out Their Desks!.” A little too spot-on.

Things are only getting worse for the current employees at WeWork. Long gone are the Run-DMC concerts and ripping tequila shots. Now workers are dealing with being locked out of their offices… by an umbrella.

An umbrella fell on the floor in a WeWork office and just so happen to land on the track of a door, acting as a lock. Employees were locked out of their office for two days.

My friend’s entire company is locked out of their WeWork office because an umbrella fell, jamming the door.

No one can figure it out. It’s been like this for 2 days. pic.twitter.com/ggaUkgYRFR