The Question ‘What Are Rich People Problems Like?’ Results In Some Fascinating Answers 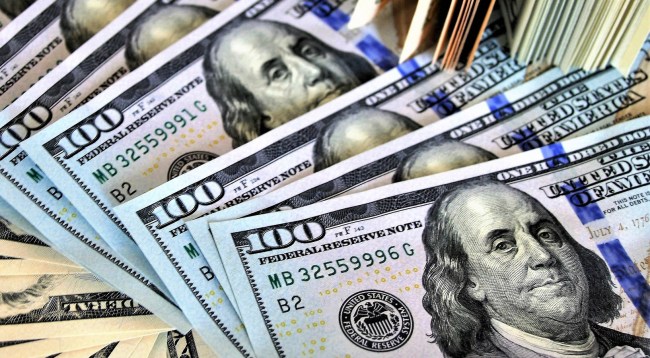 We have all seen or used some variation of the hashtag #RichPeopleProblems. Almost always, it is being used to express sarcasm when someone with a lot of money complains about something the rest of the world either has to deal with on a regular basis without complaint or would never be able to worry about in the first place.

That, however, doesn’t mean that rich people don’t have problems, because they do. Everyone does, regardless of how big their bank account is. It’s just that one’s perspective can be clouded both by having a lot of money, as well as having very, very little of it. What one person thinks is a big problem might be no big deal to someone else. It’s all about your point of view.

Someone on Reddit, who obviously isn’t wealthy and wanted to learn more about the other side’s point of view, asked the question, “What are rich people problems like?”

The responses are interesting, sometimes humorous, and very human. Below are the top five answers, as voted on by the Reddit community (with semi-duplicate answers skipped).

(1) “My rich friend has no kids so he’s trying to figure out how to spend all his money before he dies so it doesn’t go to some cousins he doesn’t like. If I just mention something I like, he’ll buy it for me immediately. It’s ridiculous.

“It’s complicated but he’s bound by a promise he made to his dad. He will leave some money to charity and he says he will leave me some of his belongings. However, I don’t want anything from him but his friendship and I’m hoping he’ll live as long as me, anyway.” – mtn4444

(2) “Figuring out how to give your kids everything they want without turning them into spoiled brats who are messed up for life.” – AwesomeJohnn

(3) “I used to work in fine art shipping and rich people constantly call and ask if we could remind them which house we’d shipped their expensive artwork too… they would have trouble remembering.” – Ok-Ad-2605

(4) “My boss is a pretty significantly wealthy guy, and his family in general is very wealthy and looking in from the outside when he’s in his venue drinking with people, there’s definitely a problem of people taking advantage of being your friend for freebies and [privilege] over your staff. Cannot imagine going through life with that many fake people trying to get something.” – EverLastingAss

The best response, in my opinion, comes from Redditor South_of_Pluto who wrote…

Okay I’m actually going to answer the question seriously. For context, I was born in a wealthy family (not obscenely rich, but well off). I’m perfectly aware that these problems are frivolous compared to what others have to go through, and I don’t feel sorry for myself at all, but you asked, so here it goes:

1. Never really being sure whether your partner actually loves you, or tolerates you because your money makes their life easier at times.

2. Having all your accomplishments invalidated by the fact that you have money. I’m the first to recognize that I haven’t had to face most of the barriers that others had, that I’m benefiting from incredible privilege. I’m eternally grateful for that. That said, I still think I have at least a bit of merit for the things I’ve done. I’ve known other people born into wealth who haven’t done shit with their lives because they take everything for granted and think success is owed to them.

3. Alternatively, having all your everyday life problems brushed away. For example, I understand than suffering from mental health issues is a lot easier when you can afford therapy, but it’s still fkn hard at times and money doesn’t magically make those go away over night.

4. As a woman, it can make it hard to navigate relationships because a lot of men still identify with the bread winner role.

5. The general guilt that comes with recognizing your privilege. I see a lot of my friends struggle with crippling debt and financial issues. I know I’m not personally responsible for this and there isn’t much I can do beyond helping out here and there. But it’s very guilt inducing to see how much this system is rigged against them while simultaneously making it easier for me.

That’s it for my rich person problems.

Check out the rest of the responses over on Reddit.