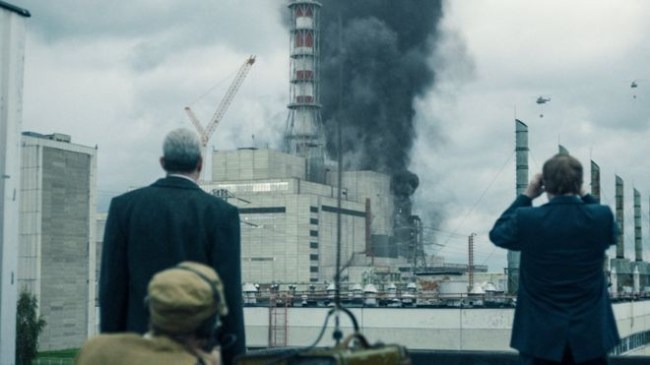 HBO’s miniseries Chernobyl is about a real-life event that changed the world, but it is still a TV show and it is not a documentary. There are many instances in the HBO show where the writers sensationalized scenarios, had to create shortcuts because it didn’t have the time to explain complex situations and parts of the show that is completely fictional. Here is a list of what Chernobyl got wrong.

Ulana Khomyuk is not a real person. Ulana Khomyuk, one of the heroes of the Chernobyl TV show, is actually a fictional character.

The real Valery Legasov was never on trial and wasn’t in the courtroom like he did in the show’s finale.

The three characters who volunteered to sacrifice their lives to drain radioactive water never happened and simply opened the valves.

The helicopter did not crash because of nuclear radiation like suggested on the show, but rather the helicopter’s blades hit a chain or a cable dangling from a construction crane.

Boris Shcherbina would not have threatened to throw prized scientist Legasov out of a helicopter.

The government wasn’t ready to execute important scientists just to show their power, this was a stereotype of the Cold War era Soviet Union that stopped around the 1930s.

The first responders didn’t have the high mortality rate that the TV show would leave you to believe, 80% of Chernobyl first responders who suffered Acute Radiation Syndrome (ARS) survived.

RELATED: Russia Hates Top-Rated TV Show ‘Chernobyl’ So Much They’re Making Their Own Series Based On Conspiracy Theory That Americans Caused The Nuclear Disaster

The TV show stated that Chernobyl’s fires emitted twice the radiation of Hiroshima every hour, but one is a bomb and one is a nuclear plant catastrophe and radiation is spread differently.

Legasov’s speech about “the cost of lies” wasn’t actually part of his recordings and something he wouldn’t say.

The real-life events of Chernobyl involved many more people, but the TV show only has so much screen time and sometimes molds several key players into one maun character such as Ulana Khomyuk.

Legasov was not a loner with only a cat, but rather a happily married 49-year-old man with two children.

Beyond the first-responders, there was not a plague of death from the radiation. There was no dramatic spike in cancer rates across Ukraine and Belarus.

A nurse merely touching a Chernobyl firefighter would not cause her hand to turn bright red.

The “Bridge of Death” is said to be an urban myth and there is no evidence supporting that everyone who stood on the bridge died.

RELATED: Fears Mounting That A US ‘Nuclear Coffin’ Is Ready To Crack Open And Leak Radioactive Fallout Into The Pacific Ocean

Radiation isn’t like “a bullet” as referenced in the TV show, “three trillion bullets in the air, water and food… that won’t stop firing for 50,000 years.”