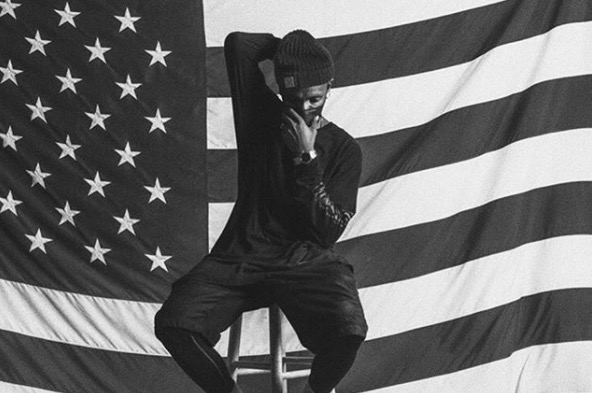 A week or so ago, New Jersey — one of the few states in our nation that is seeing its cases of coronavirus go down — lifted its stay-at-home order, thus allowing outdoor gatherings of 25 people. To celebrate, my friends and I congregated in my buddy’s backyard, one of the few backyards in the city of Hoboken (home of Frank Sinatra!), to smash light ales and crush heavy hot dogs.

As previously mentioned, this was a week or two ago, so it was before Netflix dropped Dave Chappelle’s new special 8:46 on YouTube. As we sat crushing Konas and American Spirits, we joked that as Chappelle once wondered “where is Ja?!?!” following 9/11, here are we — very seriously — wondering where Dave is. With all that’s happened in these last few weeks and months, we just knew Chappelle had something to say, and lo and behold, he did.

We wondered the same about Kendrick Lamar, arguably the greatest rapper of his generation. With all that’s going on in these fractured United States, you have to figure one of the foremost American poets of our time would have something to say.

It was at this point — somewhere between the 3rd and 4th mid-day Kona — that someone in the crowd took over the AUX cord to toss on what I thought was an unheard Kendrick song.

“Is this new Kendrick?” I asked. “I figured he’d be releasing something soon but not this quickly.”

Look, I get that I was a beer or three (or four, who knows) deep, but I honestly and legitimately could not believe it: between the production quality, the timeliness of the lyrics and the Kendrick Lamar-esque style of the second verse, I couldn’t wrap my head around not only being able to put together something this incredible but to do so in your spare time in a matter of just a few days.

So, I said the only thing I could think of in the moment… “you mind if I write about this?” And here are we. There’s not much I can offer the world, but this is one of them: my voice on this website. Hope you enjoy, and listen, as much as I did.

“What Do You See?” can be streamed and downloaded on Apple Music and Spotify. You can also follow the artists, Dayne and Junior, over on Instagram.

If you purchase the song via iTunes, 100% of all proceeds earned will be donated to Color of Change – a nonprofit that “designs campaigns to end practices that unfairly hold Black people back, and champion solutions that move us all forward.” This will be in effect the remainder of the year.