Wondering What The New Orange And Green Dots On Your iPhone Mean? You’re Not Alone 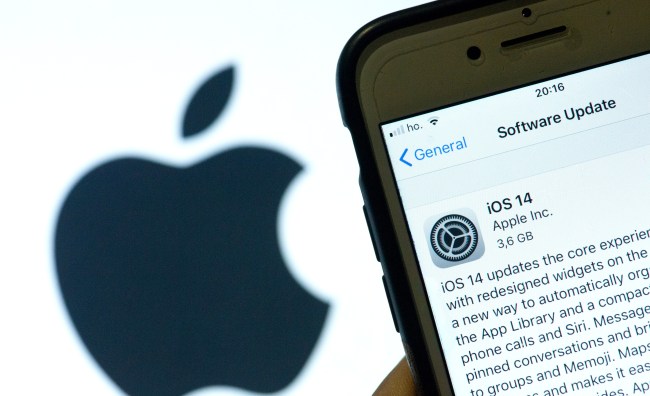 If you’ve recently been wondering what that new orange or green dot that now appears on your iPhone means since you downloaded the new iOS 14, you are far from alone, and luckily for you, we’ve got the answers.

In case you missed it, Apple unveiled several new products this week including a new iPad Air, two new models of the Apple Watch, some new Apple One subscription bundles, and a more customizable operating system with iOS 14.

Which all would be very exciting if it weren’t for the fact that so many people were bummed out that there was no mention of a new iPhone.

Anyone else waiting for Tim to comeback and say ,"Wait, there's more. Introducing the new Iphone 12, 12 pro & and 12 Max"

And while iOS 14 will introduce several new features to iPhones, it’s the mysterious orange and green dots that are perhaps garnering the most attention.

So what do they mean?

The orange and green dots will also appear on the screens of iPads, MacBooks and iMacs as well.

The orange dot means that an application on your phone is using the microphone. The microphone is being listened to and could be recorded. This may show up when you are using Siri or Dictation, for example, and need the iPhone to transcribe your speech to text. Assuming all apps are acting in good faith, the orange dot should only appear when you are doing something that requires the microphone.

If the orange dot shows in contexts where it doesn’t seem like it should be required, that may indicate an app is misusing your privacy. If you do spot it showing up when it shouldn’t, then you may want to contact the developer to enquire about why it is being used. It could just be a bug with the app, rather than intentional spying activity.

In previous versions of iOS, users would not know when the microphone was being accessed unless the app was in the background. When apps record the microphone when backgrounded, iOS shows a red pill indicator on the left-hand side of the notch. This behavior hasn’t changed with iOS 14, but now the orange light will appear on the right-hand side of the notch at the same time.

The green dot appears when an app is using the camera, like when taking a photo. Camera access implies access to the microphone too; in this case, you won’t see the orange dot separately. The green color matches the LEDs used in Apple’s MacBook and iMac products.

If an application is accessing the camera when it doesn’t make sense, it may mean the app is invading your privacy.

So they really are a new security feature. How thoughtful of them.