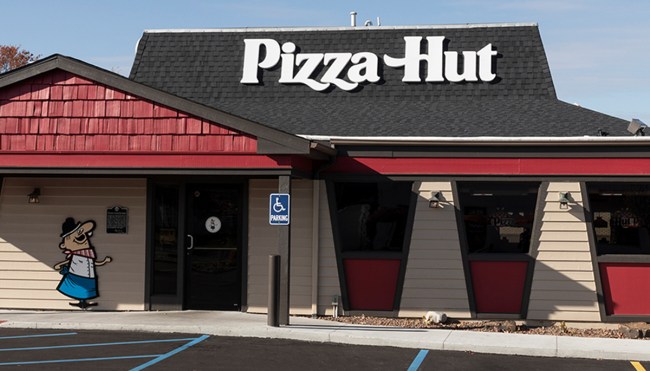 There was once a time when I considered Pizza Hut the pinnacle of fine dining, which probably had something to do with the fact that I was still in elementary school and viewed McDonald’s and a local Chinese restaurant as its only real competitors.

With that said, there was still something magical about walking into a Pizza Hut to cash in a BOOK IT! coupon or cap off a Little League season while basking in the light of its knockoff Tiffany lamps during a celebratory night at the buffet fueled by an unhealthy amount of Pepsi consumed from its iconic red cups.

However, for reasons I never really considered, Pizza Hut managed to lose a lot of its luster over the years. While I find myself ordering Domino’s on a fairly regular basis to scratch a particular itch no other restaurant can satisfy, Pizza Hut has become a bit of an afterthought; there’s nothing anything particularly bad about it, but it’s just never really something I consider.

This reality is reflected in a Twitter account dedicated to posting pictures of Pizza Hut locations that have been converted into new businesses without undergoing extensive renovations as well as gradually declining sales numbers that saw its aforementioned competitor ascend to the chain pizzeria throne in 2018.

So what exactly happened to Pizza Hut that led to its decline? That topic was explored in an essay that was recently posted on YouTube exploring the restaurant’s fall from grace.

According to the video’s creator, there were a number of factors that led to Pizza Hut losing its grip on America’s tastebuds, including a rise in the number of rivals, some ill-advised rebranding, and—most notably—a lack of innovation and inability to keep up with consumer trends.

Based on a number of comments from people familiar with the inner workings of Pizza Hut, a decline in the quality of the ingredients may have also played a role, but it’s safe to say that’s just one of many reasons it’s no longer the force it once was.