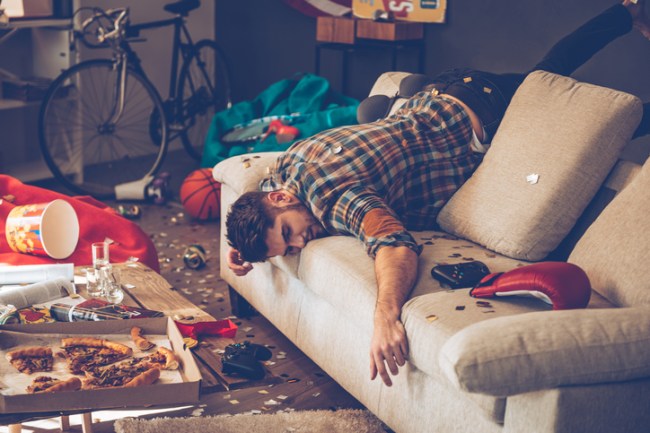 It is nothing to wake up in the morning after a long night of heavy drinking in a strange bed, in an even stranger place, next to someone that, no matter how hard you try, you cannot seem to recall meeting, much less engaging in whatever slobbering act of back-biting lust your sticky, and inevitably diseased manhood has declared.

The first thought that comes to mind is, “Where in the hell am I?” followed by something like “What did I do with my pants?” The next few minutes or so are then spent trying to summon the slightest flashback as to where you were last seen, the severity of the events that may have taken place, and, perhaps most importantly, where you left the car.

You might even look around on the floor to see if you used a rubber. Let’s just say you did and hope for the best. You also discover that, fortunately, your vehicle is in the driveway – hopefully, you weren’t the one driving last night — and you soon find the keys in your pants pocket along with a receipt for lighter fluid, Cheetos and astroglide. “What the fuck?” But no matter how much you try, you can’t remember anything.

Don’t sweat it, this cognitive state happens to the best of us. It’s called blackout drunk – the act of having such a good time inside the bottle that the brain shuts off at some point after the body passes out to protect us poor drunkards from remembering all of the vile stuff we did the night before. We’ve always revered this mental cataplexy as a defense mechanism – one that has been there since the dawn of time to prevent despicable men from feeling guilt or remorse for their drunken shenanigans.

But it turns out that our idiot brains are actually going through a real ordeal at the point in which we achieve blackout status. And unfortunately, this could be setting some of us up for savage repercussions that not even the most sincere apology will be able to remedy. 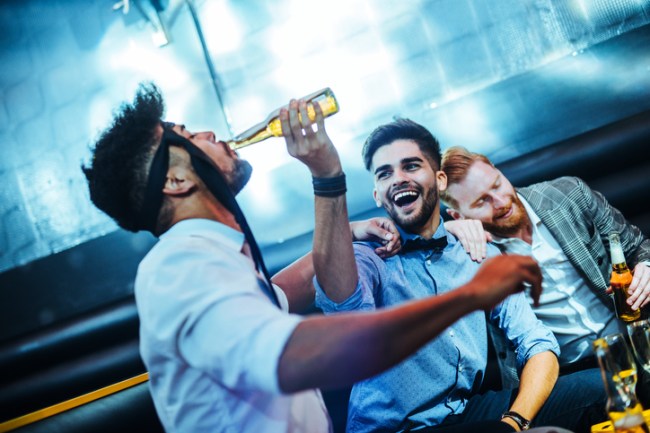 Scientists have been researching the blackout phenomenon for years trying to get to the bottom of the reason that booze makes us forget. George Koob, the director of the National Institute on Alcohol Abuse and Alcoholism, recently told the Huffington Post that blackouts are a “gap” in the movie that is our memory. “At roughly twice the legal limit, a blood alcohol content of .16, you become vulnerable for a blackout ― although this varies,” Koob explained. “In a blackout, alcohol shuts down the ability of the brain to consolidate memories.”

Research shows that this amnestic state fueled by overindulgence in alcohol is a relatively common occurrence. More than half of college-aged people have blacked out from drinking at some point, according to a study published in a recent issue of the journal Addictive Behaviors.

Interestingly, the federal government is just now starting to realize that lots of young people are getting blackout drunk on a regular basis. The National Institute on Alcohol Abuse and Alcoholism told the BBC over the summer that this is not an occurrence the agency felt was cause for concern around fifteen years ago.

“Now we are all aware that [many] people blackout,” said agency spokesmen Aaron White.

What causes a blackout is relatively simple. Ethanol, the active component that leads to drunkenness, can rapidly flood the brain and lead to an extremely inebriated state before a person even realizes it. Within a couple of hours, booze “can freely diffuse across the blood-brain barrier,” Kaplan said.

Once this happens, the alcohol starts infecting various receptors in the hippocampus (emotions and recollection), which has a way of temporarily shutting down memory function. In the meantime, booze caresses neurotransmitters that make us feel calm and more confident, while also releasing chemicals like dopamine and serotonin, which produce “happy effects,” that keep us from calling it a night. In a way, a drunken person already forgets before they forget what they forgot. This is called the blackout zone, Kaplan told the Post.

“In the blackout zone, you could be dancing on a table in front of your boss, but the next day you’re not going to remember a thing,” he said. “But, and this is important to know, this is “not permanent damage to the brain, but rather a gap in time” where the brain takes a nap.

Although getting blackout drunk is not likely to cause any more health issues than drinking in moderation, this level of inebriation can, well, let’s face it, bring out the raging asshole in some of us. And while the memories of our words and actions may not immediately resonate within our skulls following a drunken rampage of this magnitude, rest assured our friends and family will never forget them. Sure, the people who love you will most likely forgive your drunk ass for screwing that chicken at the family reunion, but, like it or not, you will always be, for the rest of your days, the chicken fucker.

Blackout drunkenness can also lead to other questionable decisions that could bring on trouble with the law. And if Bill Cosby can go to prison for 3 to 10 years, what do you think they’ll do to you?