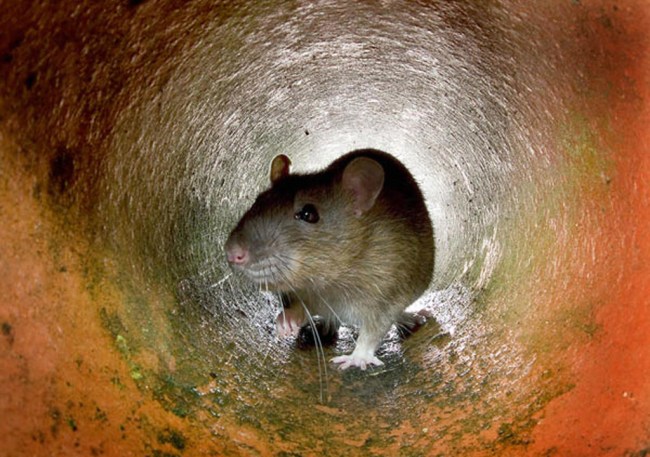 The coronavirus pandemic has altered the lives of everyone, and people are worried about the deadly potential of the communicable respiratory disease. In the last 24 hours, people have started to worry about a new lethal disease — the hantavirus. This comes after a news report of a man dying from the hantavirus in China. But before you panic, you should know that the hantavirus is far different than COVID-19 in many ways.

“A person from Yunnan Province died while on his way back to Shandong Province for work on a chartered bus on Monday,” the Global Times reported. “He was tested positive for hantavirus. Other 32 people on bus were tested.”

With the coronavirus square on everybody’s minds these days, people started to panic and wonder if the hantavirus could become a new deadly pandemic.

COVID-19 is novel, meaning a new disease that humans haven’t built up immunities for. But the hantavirus is an older virus that was first officially identified in the early 1950s during the Korean War. More than 3,000 soldiers became sick with symptoms of kidney failure, generalized hemorrhage, and shock. However, the hantavirus has probably been around for centuries,” Dr. Tania Elliott from NYU Langone Health told MarketWatch. It is most prevalent in China, where there are anywhere from 16,000 to 100,000 cases a year.

What Is The Hantavirus?

How Does Hantavirus Spread?

Hantavirus is spread from rodents to humans through airborne transmission, when virus particles from the animal’s urine, feces, and saliva travel in the air through tiny droplets and infect people. “When fresh rodent urine, droppings, or nesting materials are stirred up, tiny droplets containing the virus get into the air,” the Centers for Disease Control and Prevention (CDC) states.

“Scientists believe that people may be able to get the virus if they touch something that has been contaminated with rodent urine, droppings, or saliva, and then touch their nose or mouth,” according to the CDC.

The deer mouse (Peromyscus maniculatus) is the most-likely carrier in the United States. Other hantavirus carriers include the cotton mouse, rice rat, and white-footed mouse.

Those most at risk are campers, hikers, housecleaners, utility workers, farmers, and construction workers who could come in contact with rodent nests and their excrement.

“The hantaviruses that cause human illness in the United States cannot be transmitted from one person to another,” the CDC said.

The CDC added, “In Chile and Argentina, rare cases of person-to-person transmission have occurred among close contacts of a person who was ill with a type of hantavirus called Andes virus.”

“The Hantavirus first emerged in 1950s in the American-Korean war in Korea (Hantan river),” neuroscientist Dr. Sumaiya Shaikh wrote on Twitter. “It spreads from rat/mice if humans injest their body fluids. Human-human transmission is rare. There were even vaccines developed for it. Please do not panic, unless you plan to eat rats.”

What Are The Symptoms Of The Hantavirus?

The CDC says that the incubation time for the hantavirus is not currently known, but limited data suggests that symptoms develop between 1 to 8 weeks after exposure to fresh urine, droppings, or saliva of infected rodents.

Hantavirus symptoms include fatigue, fever and muscle aches, especially in the large muscle groups—thighs, hips, back, and sometimes shoulders. About half of those infected with HPS also experience headaches, dizziness, chills, and abdominal problems, such as nausea, vomiting, diarrhea, and abdominal pain. If the disease is able to progress with four to 10 days, symptoms include coughing, shortness of breath, difficulty breathing, and lungs may fill with fluid. One patient said it felt like a “tight band around my chest and a pillow over my face.”

Is The Hantavirus Deadly?

HPS (hantavirus pulmonary syndrome) and HFRS (hemorrhagic fever with renal syndrome) can both be fatal. HPS has a mortality rate of 38%, far higher than the coronavirus that the World Health Organization stated as 3.4%. However, many, including Marc Lipsitch, a professor of epidemiology at Harvard’s School of Public Health, said the fatality rate could be much lower. “The real count could be 10 times higher,” Lisitch wrote of the cases in the U.S., which would dramatically lower the fatality rate.

Patients who fully recover usually do so within weeks or months, and don’t have lasting complications.

Is There A Hantavirus Vaccine?

There is no cure or vaccine for the hantavirus. There is only supportive care available for those infected, which may include a ventilator for severe cases.

You can read more about the hantavirus at the CDC website.