‘Star Wars’ Keeps Teasing ‘Project Luminous’, But What The Hell Is It? 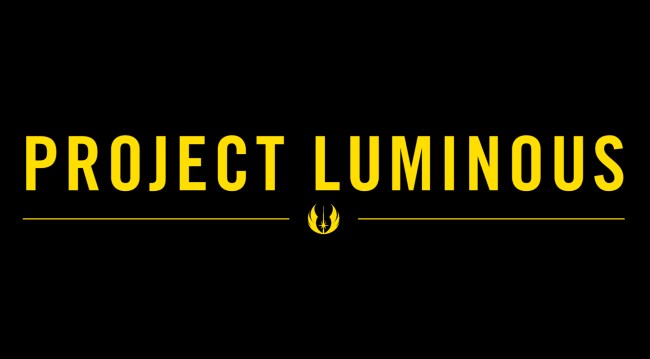 On Tuesday night, Clayton Sandell — an ABC reporter known for covering Star Wars — tweeted a tease for a mysterious project called Star Wars: Project Luminous, which is set to be officially announced on February 24.

But… what the hell is it? Well… no one really knows.

Project Luminous will be a multimedia initiative – based in books and comics – that will tell a cohesive story. So far there have been five individuals announced to write the stories – Justina Ireland, Daniel José Older, Claudia Gray, Cavan Scott, and Charles Soule – whose work will be released by a number of publishers from Marvel Comics to Disney-Lucasfilm Press.

The team will also work alongside the Lucasfilm story group to craft the world in accordance with the current Star Wars canon. Project Luminous will be used to set up the future of Star Wars on-screen. [via ScreenRant]

The countdown is on.

When it was first announced in late 2019, the official Star Wars website posted an article about the project that stated: “The Force is what gives a Jedi his power. It’s an energy field created by all living things. Until… PROJECT LUMINOUS, 2020.” 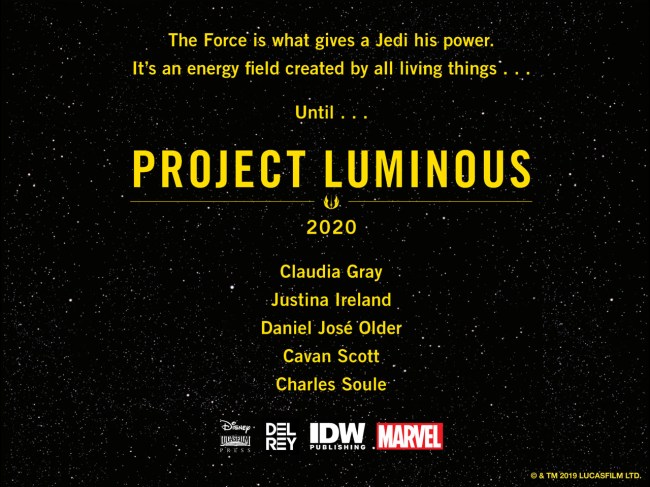 While nothing has been confirmed, it appears that Project Luminous will essentially be the Marvelization of the Star Wars universe, as it will begin to craft a Star Wars story that spans across multiple different mediums. Mind you, this is merely my speculation.

Obviously, fans will have a better idea of what to expect when the project is officially announced by Disney on February 24.