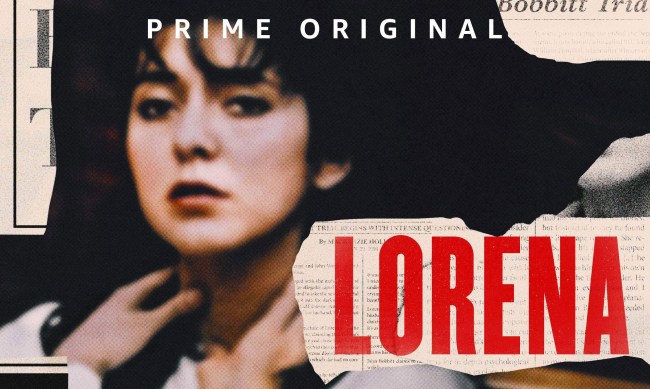 With Winter Storm Harper beginning to pummel parts of the United States with heavy snow, ice and wind, it’s a good thing someone invented streaming services like Amazon Prime Video.

I mean, what did people do before the internet and cable TV when it snowed them in? Read? Hahaha!! Suckers.

Speaking of the internet and streaming services, check out what’s new on Amazon Prime Video for the month of February 2019.

February brings us several Prime Original series and movies exclusively available for members to stream or download at no additional cost to their membership.

• Generation Wealth: The Prime Original movie puts acclaimed photographer and filmmaker, Lauren Greenfield’s, life’s work together for in an incendiary investigation into the pathologies that have created the richest society the world has ever seen. Spanning consumerism, beauty, gender, body commodification, aging and more, Greenfield has created a comprehensive cautionary tale about a culture heading straight for the cliff’s edge. Generation Wealth will be available in SDR and UHD on compatible devices (Feb. 1).

• Just Add Magic S3: The Prime Original series returns with a startling discovery of a secret spice storage room and a new mystery that envelops Saffron Falls, hitting closer to home than ever before. In this new season, Kelly, Hannah and Darbie reunite with old friends, share the secret of the cookbook with new friends, and find themselves travelling through time in pursuit of answers. Just Add Magic will be available in UHD on compatible HDR devices (Feb. 1)

• White Dragon S1: The Prime Original series follows a sheltered London professor, who tries to unravel the mystery behind his wife’s sudden death. As he digs deeper, he’s drawn into a web of conspiracy as he tries to find out the truth about the woman he loved. White Dragon will be available in HDR and UHD on compatible HDR devices (Feb. 8).

• Don’t Worry, He Won’t Get Far on Foot: The Prime Original movie is based on a true story from John Callahan’s autobiography. The movie follows John after an all-night bender ends in a catastrophic car accident, and he reluctantly enters treatment. On his road to recovery, Callahan discovers a gift for drawing edgy, irreverent newspaper cartoons that develops into an international following and grant him a new lease on life. Don’t Worry, He Won’t Get Far on Foot will be available in HDR and UHD on compatible HDR devices (Feb. 8 ).

• Lorena S1: The Prime Original series is directed by acclaimed documentary filmmaker Joshua Rofé, and reveals the hidden truths in the notorious case of John Wayne and Lorena Bobbitt and challenges the long-held narrative that surrounded this event. The series provides a fresh perspective on the story of Lorena Bobbitt and exposes how this event laid the groundwork for the modern 24-hour news cycle and increasing sensationalist media coverage (Feb. 15).

Coming to Prime Video Channels in February, HBO will debut the second season of 2 Dope Queens, the sixth season of Last Week Tonight with John Oliver, and blockbuster movie Deadpool 2. STARZ will showcase four fan-favorite movies including Love Actually, Erin Brockovich, and Disney’s Cars 2 (2/9) and Toy Story 3. Showtime will premiere its first late night talk show with the debut of Desus & Mero, starring Desus Nice and The Kid Mero and movies including Mary Shelley, 7 Days in Entebbe, A Kid Like Jake and Midnight Sun. CBS All Access will stream the 53rd Super Bowl and the 61st Annual Grammy Awards.

February 22
This Giant Beast That Is The Global Economy (Prime Original series), Season 1

NEW IN FEBRUARY – AVAILABLE TO PURCHASE ON PRIME VIDEO

NEW IN FEBRUARY – AVAILABLE FOR STREAMING ON PRIME VIDEO CHANNELS

*UFC 234 is available under the Prime Video | Pay-Per-View