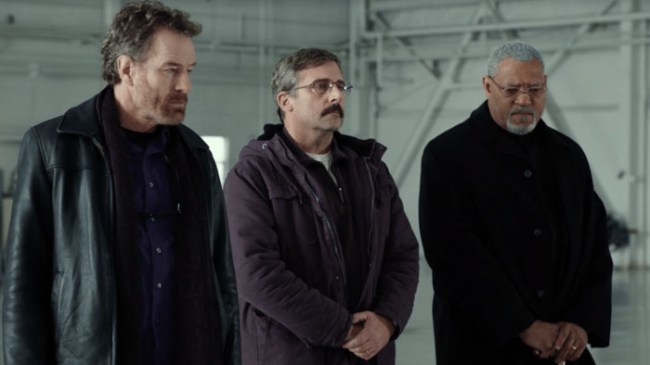 Are you finally starting to thaw out now that it’s spring? Getting outside a little more now? No? Too busy binge-watching the plethora of shows and movies you can stream online? I feel you. There is a lot of really good stuff out there these days.

The month of May is going to be no different as with it comes several Amazon Prime Original Series exclusively available for Prime members to stream or download.

Last Flag Flying: This Amazon Original movie is directed by Academy-Award nominee and Golden-Globe winner Richard Linklater. The story follows three Vietnam War vets who reunite after 30 years and embark on a bittersweet road trip to bury a young Marine killed in the Iraq War. (May 4)

Rocky & Bullwinkle: The Prime Original kids series follows the world-famous talking moose and flying squirrel in a serialized comedy about two goofball best friends who routinely find themselves thrust into harrowing situations but end up saving the day time and again. (May 11)

You Are Wanted: The Prime Original tells the story of Lukas Franke, a young hotel manager and father who is brutally torn out of his everyday life when he gets in possession of a gigantic data collection program, Burning Man. Secret service agencies, international criminals, and hackers and activists want to get their hands on the program, and start hunting for the husband and father. You Are Wanted season two is available in UHD on compatible HDR devices. (May 18)

Dino Dana: The Prime Original series follows dinosaur-loving Dana as her life changes forever when she’s given a Dino Field Guide in season two. The guide not only teaches Dana new things about dinosaurs, but also gives her the power to imagine dinosaurs into real life. (May 22)

Picnic at Hanging Rock: The Prime Original series is based off the Australian novel and plunges into the mysterious disappearance of three schoolgirls and their governess. The six episode limited series follows the subsequent investigation and the event’s far-reaching impact on the students and staff of the college. (May 25)

Diablo Guardian: The Prime Original Series is adapted from Xavier Velasco’s award-winning novel of the same name, stars Paulina Gaitan and Andrés Almeida and follows the troubling story of Violetta, an adolescent from Mexico who is frustrated with her life and steals $100,000 from her parents to move to New York. She is awoken to a harsh reality when she runs out of money, sending her into the arms of the villainous Nefastófeles. (May 5)

Live TV Available for Streaming on Amazon Channels in May

AVAILABLE MAY 2
Being Serena, HBO