What’s New On Amazon Prime Video In November: ‘Jack Ryan, Man in the High Castle, Creed 2, The Fanatic’ And More 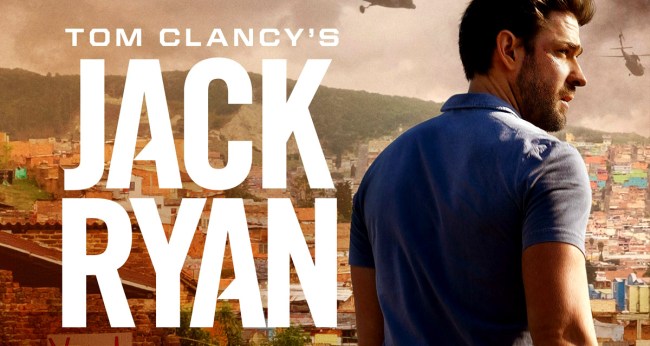 Anyhoo, speaking of the internet and streaming services, check out what’s new on Amazon Prime Video for the month of November 2019.

• Tom Clancy’s Jack Ryan – Season 2: After tracking a potentially suspicious shipment of illegal arms in the Venezuelan jungle, CIA Officer Jack Ryan heads to South America to investigate. Jack’s actions threaten to uncover a far-reaching conspiracy, leading him and his fellow operatives on a mission spanning the globe.

• The Man in the High Castle – Season 4: In the climactic final season, America will witness rebellion on both coasts as Juliana and Wyatt join forces with an emerging Black insurgency led by Bell Mallory. Takeshi Kido will be forced to reckon with the demons of his past, and John and Helen Smith’s lives will be forever changed after Smith steps through the Die Nebenwelt portal and travels the path not taken.

• One Child Nation: For more than 35 years, China enforced a radical experiment in population control, restricting couples to a single child and imposing harsh penalties on those who violated the policy. In the 2019 Sundance U.S. Grand Jury Prize-winning documentary, One Child Nation, Chinese-born filmmakers Nanfu Wang (Hooligan Sparrow) and Jialing Zhang dig fearlessly into the past with startling testimony from victims and perpetrators, including members of Wang’s own family, as well as archival footage, vintage propaganda materials and intimate first-hand accounts of the policy’s horrific consequences. A stunning, nuanced indictment of a program that prioritized a national agenda over human life, the film is a unique combination of personal and investigative filmmaking. Using essayistic, participatory and observational documentary styles, Nanfu and Jialing have created an unparalleled chronicle of Chinese history to preserve the collective memories of those who lived through the policy and those who still suffer from its effects.

• The Report: The Report is a riveting thriller based on actual events. Idealistic staffer Daniel J. Jones (Adam Driver) is tasked by his boss Senator Dianne Feinstein (Annette Bening) to lead an investigation of the CIA’s Detention and Interrogation Program, which was created in the aftermath of 9/11. Jones’ relentless pursuit of the truth leads to explosive findings that uncover the lengths to which the nation’s top intelligence agency went to destroy evidence, subvert the law, and hide a brutal secret from the American public.

• The Feed – Season 1: Based on the book of the same name, The Feed follows the family of Lawrence Hatfield, the man who invented an omnipresent technology called The Feed. Implanted into nearly everyone’s brain, The Feed enables people to share information, emotions and memories instantly. But when things start to go wrong and users become murderous, the family is driven apart as they struggle to control the monster they have unleashed.

In addition to being available on Prime Video, The Report (2019) will also have a theatrical release on November 15.

New films joining Prime Video in November include Bottom of the 9th, Creed 2, Instant Family, Low Tide, The Fanatic, The Souvenir and a number of classic James Bond films from Dr. No and Goldfinger to Tomorrow Never Dies and Die Another Day.

Football fans will also be able to catch more Thursday Night Football this month, starting with the Chargers at Raiders on November 7.

Coming to Prime Video Channels in November are Showtime’s Shameless: Season 10 and Ray Donovan: Season 7, Starz’s The Dublin Murders and the series premiere of HBO’s His Dark Materials, in addition to PGA Tour Live’s RSM Classic.

NEW IN NOVEMBER – AVAILABLE FOR RENT OR PURCHASE ON PRIME VIDEO

NEW IN NOVEMBER – AVAILABLE FOR STREAMING ON PRIME VIDEO CHANNELS