What’s New On HBO Go And HBO Now For May Includes ‘Fahrenheit 451,’ ‘Being Serena’ And More 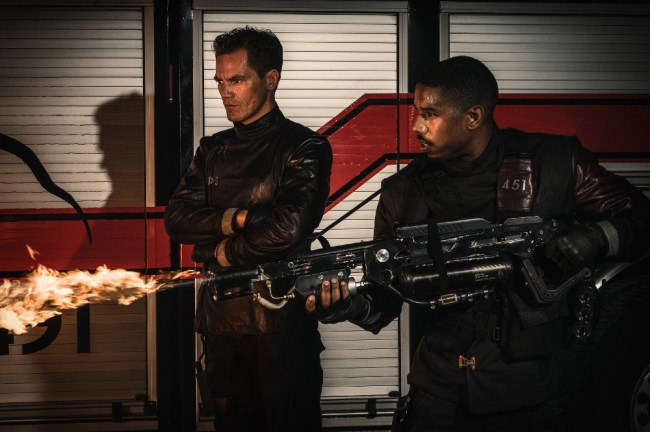 So many TV shows and movies, so little time. How do we do it? With so may streaming services, cable networks, internet videos and shows, movies in the theaters and on and on, I don’t know how we do it. We’re just that good, I guess.

There’s just so much good stuff available on our televisions, phones, laptops, tablets, watches, you name it, it takes real commitment to watch all the TV shows and movies available today.

And speaking of good stuff to watch, what’s new in the month of May on HBO Go and HBO Now includes the premiere of Fahrenheit 451, Being Serena, The Tale, as well as season finales of new comedy series Barry and the fifth season of Silicon Valley.

Fahrenheit 451, starring Michael B. Jordan and Michael Shannon and based on Ray Bradbury’s classic novel of the same name, depicting a future where the media is an opiate, history is rewritten and “firemen” burn books.

Being Serena will give viewers unprecedented access to tennis icon Serena Williams during her pregnancy, new motherhood and marriage, while documenting her journey back to supremacy on the court.

The Tale, based on award-winning writer-director Jennifer Fox’s own true story, follows Jennifer (Laura Dern) as she faces life-altering questions when a short story she wrote for school at age 13 forces her to re-examine her first sexual relationship — and the stories we tell ourselves in order to survive.

Documentary highlights include The Final Year, an enlightening behind-the-scenes look at Barack Obama’s foreign policy team in its last year in office, as well as A Dangerous Son, an eye-opening documentary that tells the stories of children with serious mental illness, and their parents’ desperate, ongoing efforts to obtain treatment before they harm themselves or others.