Where To Watch The Movie ‘Crank’ For Free Online 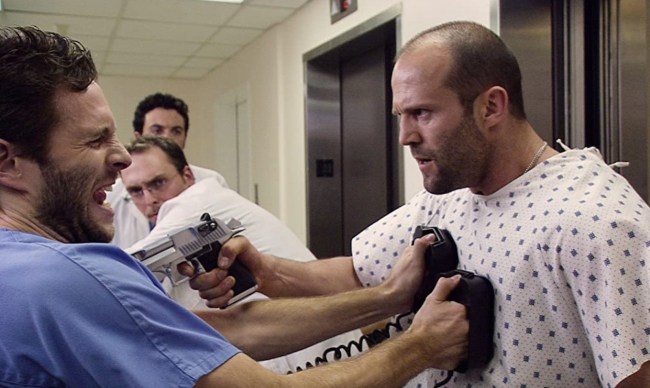 There are a handful of movies that define our adolescence and teenage years. Maybe it’s an animated classic like The Lion King or a Pixar banger like Finding Nemo. Maybe you’re a comic book movie person and were blown away by classics such as Spider-Man and Batman Begins at the turn of the century, or prefer more classic entries like Titanic and Gladiator.

Crank — the legitimately insane Jason Statham-starring action flick — is one of those movies for me, as seeing it brings me back to a very specific time in my life. A simpler time, where my weeks revolved around what the boys and I were getting into on a Friday night: maybe a little Xbox, a little Mountain Dew, and a viewing of Crank.

Here’s the good news: Crank is currently streaming for free on Plex TV this month, along with an incredible catalog of 210 FREE Live TV channels and over 50,000 FREE on-demand movies.

Starring the ageless and always kick-ass Statham as Chev Chelios — an *all-time* action movie name, by the way — Crank tells the simple yet delightful story of an assassin who must stay alive by keeping adrenaline coursing through his veins.

Just in case I wasn’t clear enough, here’s the official synopsis of the mid-2000s B-movie masterpiece:

Chev Chelios (Jason Statham), a hit man wanting to go straight, lets his latest target slip away, then he awakes the next morning to a phone call that informs him he has been poisoned and has only an hour to live unless he keeps adrenaline coursing through his body while he searches for an antidote.

Come to think of it, Crank is almost like Speed, but the bus is his heart, and staying above 50 mph is actually engaging in as much excitement and danger as possible. It’s literally the perfect movie plot and I will not be fact-checked on that statement. It surely helps that the film also features an in-her-prime Amy Smart. It’s Speed on crack. It’s Crank. And luckily for you, the film is currently available to stream on Plex in the United States.

Thanks to PLEX TV, you can watch the Jason Statham 2006 B-movie action classic ‘Crank’ for FREE online in the United States. Yes! Plex is actually free and that’s not just something I’m saying to get your adrenaline pumping.

You can actually watch Crank online. No subscription needed, not even a sign-up.

Stream anytime, anywhere for FREE on almost any device (Apple, Android, Roku, Amazon Fire and more) in the United States.