Which Type Of Alcohol Causes The Worst Hangover? 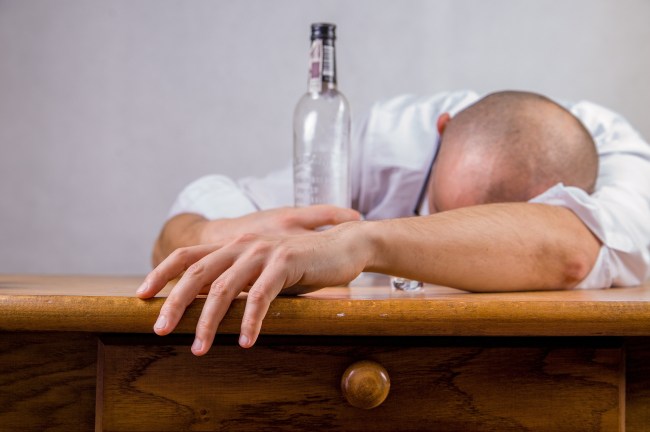 Pixabay There are plenty of myths about certain types of alcohol leading to a terrible hangover, but which ones should you believe?Here's what the science says when it comes to what you should avoid during a night of drinking to make the morning as bearable as possible Read more about booze hereThere was once a time when I could drink three Four Lokos over the course of a night and wake up the next day rearing to go again, but as I slowly descend into my late twenties, even thinking about doing that gives me a little bit of a headache, some dry mouth, and all of the other fun withdrawal symptoms that come with a night of binge-drinking.Based on Malcolm Gladwell's 10,000 Hour Rule, I'm pretty sure I'm allowed to call myself an expert in hangovers. Over the years, I've come across plenty of anecdotal advice about what to do to avoid them and there are plenty of alleged hangover cures if you're unable to (you should never underestimate the power of a morning shower beer).However, I recently realized there was a major gap in my knowledge when it comes to what types of alcohol are most likely to cause the kind of hangovers that make you never want to drink again (before you inevitably drink again that night).After a bit of research, I think I've finally found the answer.What Causes A Hangover?iStockphoto / Kondor83

Alcohol. The answer is alcohol.

I assume you’re looking for a more in-depth explanation, so before we talk about anything else, we need to look at the scientific reason why your brain hates you the morning after a night of drinking.

Alcohol begins to interfere with your normal bodily functions as soon as it enters your bloodstream. One of the first things to fall victim is the pituitary gland, which is responsible for producing hormones that keep your body hydrated.

Most drinks are easily absorbed by the kidneys but drinking more alcohol makes them get progressively lazier. This results in liquid bypassing them and getting funneled straight into your bladder instead of being redistributed to your organs (which is how it usually works when you’re not willingly poisoning yourself).

If you wake up with a headache, it’s probably because your brain was nice enough to give your organs a little bit of water to help them function, kind of like the dude from the last Mad Max movie.

If you’re also lucky enough to spend the first hour of your day attempting not to vomit, it’s likely because you caused inflammation in your stomach. This is much more prevalent when you consume any booze over 30 proof, which brings us back to our initial question.

What Alcohol Causes The Worst Hangover? 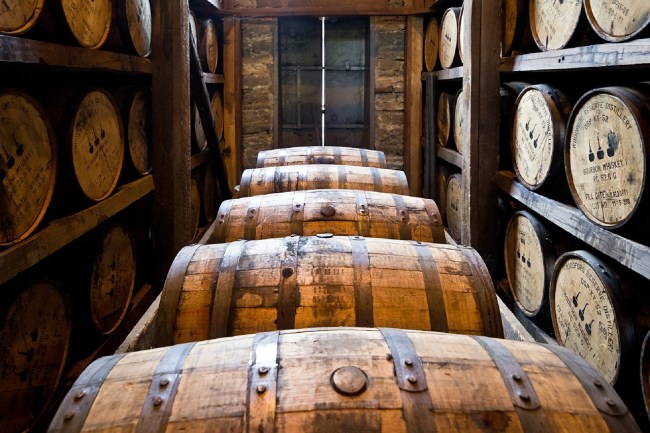 You’ve probably never even heard of congeners but they’re largely responsible for many of the nights you’ve ended up regretting in the morning.

Congeners are a byproduct of the fermentation process and contain many of the elements that shape the flavor and nose of your favorite adult beverages. They can be filtered out during the distillation process but can also play an essential factor in the taste and aroma of a drink.

As a general rule, dark drinks contain more congeners, which means fans of whiskey, cognac, and red wine are especially at risk when it comes to spending their Saturday in a dark room and avoiding loud noises.

The impact of cogeners was examined by a Dutch study, which also found hard alcohol seemed to be responsible for the most severe hangovers. Another study found bourbon was the worst culprit, as it contains an estimated 37 times more congeners than vodka (although it said further research was needed to confirm their conclusion).

Taking everything into consideration, if you’re looking to avoid a hangover, your best bet is to stay away from the brown liquors you normally find on the bottom shelf.

However, there’s also one more factor to consider if you want to avoid maximizing your pain.

There’s evidence that mixing with carbonated drinks can also help increase your blood alcohol level, as they help increase alcohol absorption and can cause you to get drunker than intended. This is especially true of drinks with sugar, which can also dehydrate you and cause your liver to get overwhelmed as it simultaneously tries to process the booze in your body.

As a result, if your go-to drink is well whiskey and Coke, you’re probably going to be in for a bad time the next morning (or afternoon, depending on how bad it is).