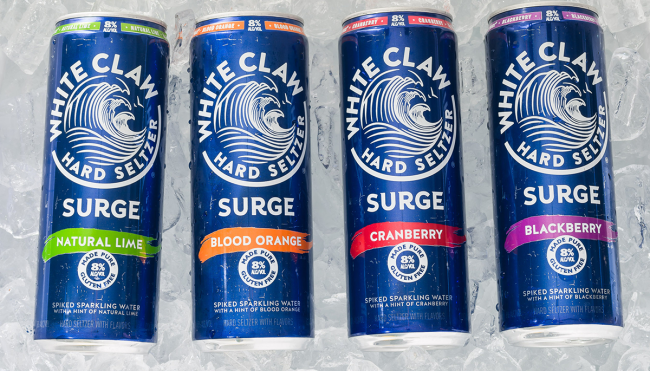 It’s been around two years since the opening shots in the Hard Seltzer War were fired ahead of a truly lawless summer made possible by White Claw, which resulted in virtually every player in the booze game scrambling in an attempt to secure a piece of that sweet, sweet hard seltzer pie.

Before long, those combatants found themselves engaged in a rapidly escalating arms race as various producers amped up the ABV in an attempt to gain the high ground. However, when Four Loko did its best Enola Gay impression by dropping a 12% hard seltzer on an unsuspecting world, it seems as if the industry agreed to an unspoken truce to avoid the mutually assured destruction it was barreling toward.

However, that ceasefire came to an end last year when Bud Light resumed hostilities by giving its hard seltzer the Platinum treatment. After taking a few months to formulate a plan of attack, Truly responded by seeing and raising its upgraded ABV to 8%, and after laying in wait, White Claw staged an ambush earlier this week when it unexpectedly announced it had decided to call that bet with one of its own in the form of Surge.

As BroBible’s resident hard seltzer sommelier, I was obligated to track down White Claw’s newest offering. I figured there was no chance it could possibly measure up to the now-defunct soda of the same name that dominated the 1990s, but that fact that it features infinitely more alcohol seemed like a pretty solid trade-off.

I’ll admit the primary goal of this quest was to figure out if the new hard seltzer is really as formidable as it sounds by doing some real journalism by buying a bunch of cans to see where they took me (and, more importantly, just how quickly they could get me where I probably shouldn’t have gone on a Thursday night.) 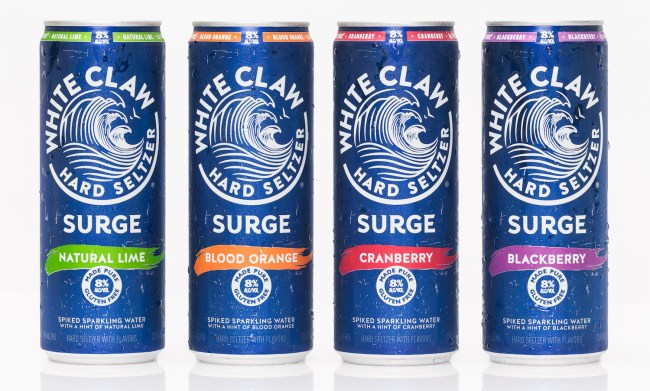 It’s worth noting the alcohol content isn’t the only aspect White Claw elected to tinker with, as Surge was initially released in 16-oz. cans as opposed to the 12-oz. variety most hard seltzer makers gravitate to. Those slim containers seem like a pretty blatant attempt to subliminally lure in drinkers who are trying to maintain a delicate figure, but White Claw is throwing caution to the wind with tallboys that’ll set you back 220 calories each.

I’m pretty sure I got royally screwed by the deli that was offloading these for $3 a can, but as someone who routinely drops $20 on four-packs of craft beer that clock in around the same ABV, I’m not really in a position to complain too much.

However, I assume most people reading this are primarily concerned with two pressing questions: “How does it taste?” and “How long does it take you to drink enough to not really care that much?”

I believe you should always lead with bad news before moving onto the good, and as a result, we’re going to get that first query out of the way. Part of the reason hard seltzer can be so dangerous is that it can be hard to even tell they’re hard, but sadly, the same can’t really be said about these.

If first impressions are indeed everything, then I may have done Surge a disservice by kicking off this taste test with the blood orange. I know there’s only so much you can do to disguise the taste of alcohol when you take things to the level White Claw did here, but that flavor was an afterthought compared to the boozy one that dominated my palate. It’s also not Surge’s fault that I had a very bad experience with a $12 plastic handle of orange vodka when I was in college, and while it’s nowhere close to being as atrocious as that cursed liquid, it still managed to give me flashbacks to that fateful night.

I consequently braced myself when I went to take my first sip of the cranberry only to have a wave of relief wash over me once it hit my lips. You can certainly tell you’re drinking an alcoholic beverage, but the flavor does a much better job of masking that aspect. With that said, it lingers a bit too long thanks to a texture I can only describe as “sticky,” which is really the only adjective I can think of to explain its weird ability to overstay its welcome a bit.

In September, White Claw announced it was rolling out a Surge variety pack, which presents drinkers with a dozen slightly more manageable servings by eschewing the tallboys for its signature slimmed-down cans. 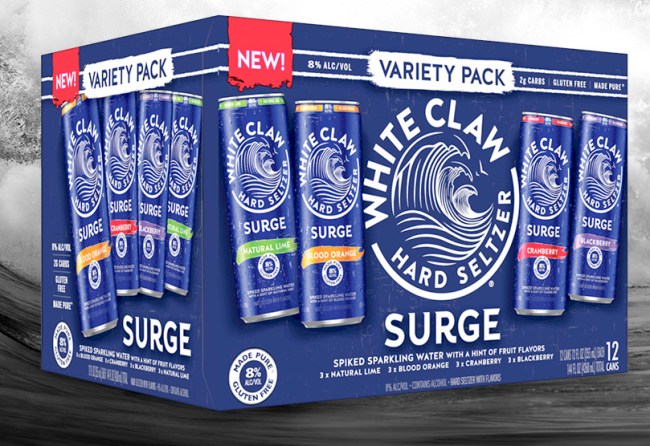 Of course, it’s hard to have a variety pack that only contains a couple of flavors, so the brand introduced two new ones—Blackberry and Natural Lime—in conjunction with its big debut. The Blackberry might be the winner of the bunch, as the berry flavor was refreshingly balanced and easily rose to the forefront more than any other member of the quartet. The Natural Lime also lived up to that moniker, but I still couldn’t help but feel it tasted like one of those vodka sodas where you got a little too aggressive with the pour.

So yes, Surge doesn’t really make an effort to hide the fact you’re drinking an 8% hard seltzer, but if White Claw’s standard offering is a train making local stops, this one is an express ride to the destination you’re probably looking to get to if this product appeals to you in the first place; I may not have liked the blood orange at first, but after crushing two cans of the cranberry, it mysteriously became much more drinkable than I’d remembered.

At the end of the day, I am just one man doing what I can to share my hard seltzer knowledge with the world. As a result, there’s no real harm in picking these up to try for yourself, because even if you’re not a huge fan, 8% is still 8%.