The Sales Of White Vans Slip-Ons Have Increased A Staggering 7,800% Thanks To ‘Squid Game’ 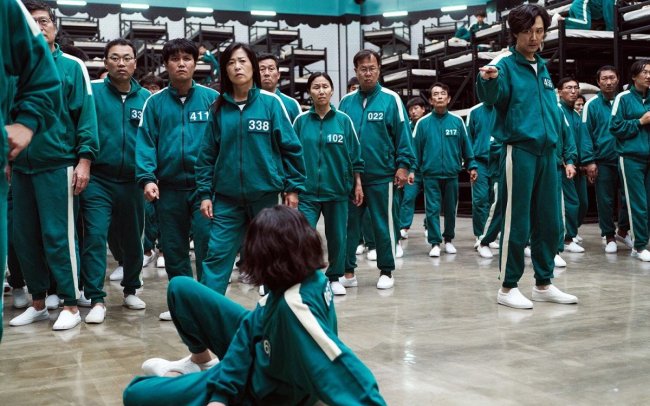 Netflix’s Squid Game is a massive hit, this much we already know. In fact, Netflix has been saying the series is on track to become their biggest show of all time. But just how big is it, really? How can Netflix’s anecdotal reports of massive viewership be translated into actual data? Well, according to reports, sales of white slip-on Vans — which can be seen being worn by the players throughout the series — have increased by a staggering 7,800%.

Costumes inspired by the hit Netflix series Squid Game, primed to be the streamer’s most popular series to date, are trending online. Not only did green-and-white tracksuits become an instant best-seller shortly after the series premiere, but white slip-on Vans saw a 7,800% spike in sales since the show hit Netflix, according to data provided by Sole Supplier. White slip-ons, more broadly, have also seen a 97% uptick in search volume, according to Lyst. [via Variety]

With Halloween just a few weeks away, Squid Game achieved its international-phenomenon status at the perfect time, as costumes from the series will surely dominate the month.

RELATED: The ‘Squid Game’ Closed Captions Are Apparently Mistranslated And Are Therefore Changing The Show

The first season of Squid Game is now streaming on Netflix.