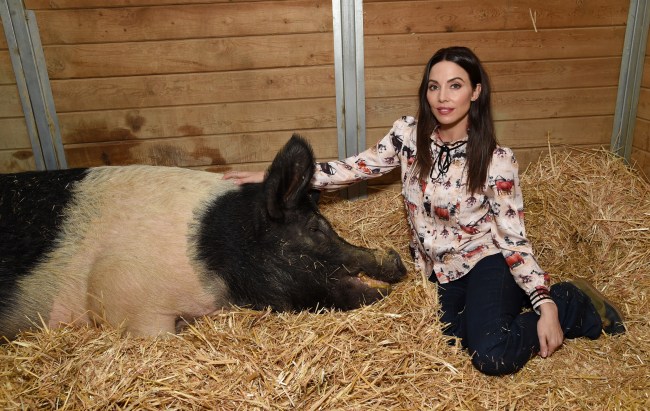 Is it Christmas time because I’m seeing a lot of delicate snowflakes?! (I do comedy).

It’s been thousands of years since the Bubonic Plague devastated humanity, but if the plague is planning on encore, I hope that it will eradicate these two types of people.

People 1: Those who get so irrationally upset about people saying happy holidays in lieu of Merry Christmas, they are prompted to share it with their 38 Facebook friends, most of whom are named Dale and whose profile pictures are selfies that are way too close to their faces.

People 2: Those who have such a fragile constitution that two words meant to elicit cheer and goodwill shatters them to the core.

Today, I bring you an example of the latter, courtesy of comedian Whitney Cummings.

Cummings appeared on Conan Wednesday and told a story about just how seriously some take the sport of being offended.

“Last year, I was working on a TV show, got in trouble with human resources for saying ‘Merry Christmas’ to an intern,” Cummings said on TBS’ “Conan.”

“Is that true?” O’Brien asked in disbelief.

“That’s true. I was leaving … I was like, ‘Bye, guys. Merry Christmas.’ Like just a formality, what you would say,” Cummings explained. “I come back, like, June 6th. HR calls me and they’re like, ‘Hey, we need to talk to you. One of the interns is pissed off that you said ‘Merry Christmas.’” [via Page Six]

I’m trying to view life through the intern’s eyes, and I’ve come to the conclusion that I too would be annoyed if someone said Merry Christmas to me and I didn’t celebrate it. Christmas is objectively the dopest holiday. If Chanukah was as dope, people would know how to spell it.

I will say that my Jewish brothers and sisters have nailed the weddings though. If you don’t think I’m shattering glass like Steve Austin and having my guests lift me over their heads on a chair like Rudy, you just don’t know me well enough.