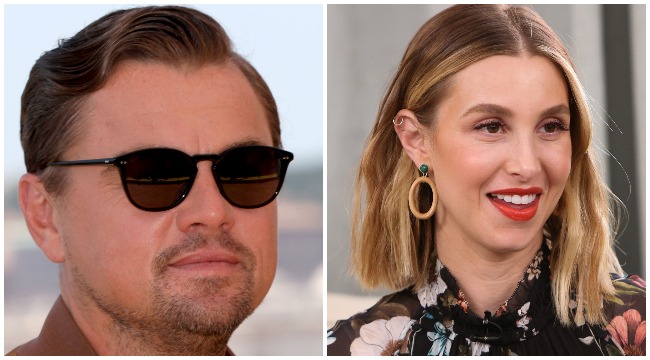 What’s your biggest regret? Mine is split between buying stock in Radio Shack in 2017 and wearing cargo shorts well into my 20s.

Despite these varied burdens we all carry with us daily, none can be as taxing as Whitney Hills: New Beginnings star Whitney Port’s.

The 34-year-old, who is now married with a son, spoke with Andrea Cuttler on her With Whit podcast released earlier this week and described a missed opportunity to have a one night stand with Leonardo DiCaprio.

Port described how she and Cuttler were at New York City’s Avenue club in 2009 when DiCaprio came up to her and they exchanged phone numbers.

“I remember dancing alone on the dance floor because you were in a corner talking to him and I didn’t want to intrude, but also like couldn’t leave,” Harper’s Bazaar entertainment director Andrea Cuttler, who was with Port at the club, said on the podcast.

Port went on to say that the two kept in touch for six months before seeing each other again in Los Angeles where he allegedly invited her back to his mansion.

“I saw him out the Roosevelt Hotel,” she said. “He invited me out to Teddy’s and he invited me back over to his house, and I said, ‘No.’ I was too nervous. I had never had a one-night stand. I didn’t want to be with him alone.”

She added, “I was way too nervous to do it and then I lost my chance and it’s really one of my bigger regrets in life.”

“I wonder if he would remember that we had this relationship,” Port said.

Even if Port wasn’t married with a family, statistics show that at 34, her time has passed.

Someone on Reddit made a chart of Leonardo DiCaprio’s girlfriends — and it seems his cut-off age is 25 https://t.co/Q8RcHIiI7C pic.twitter.com/dtmJhlhK6M