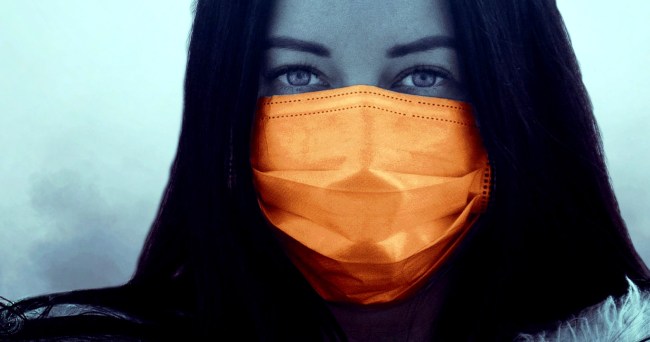 As President Donald Trump gets ready to be a part of a rally in Arizona where, despite rules currently in place for the rest of the state, no one will be required to wear a mask, the World Health Organization (WHO) reported on Sunday its largest single-day increase in coronavirus cases since the pandemic began.

"It seems that almost every day we reach a new and grim record.

Yesterday, more than 183,000 new cases of #COVID19 were reported to WHO – easily the most in a single day so far"-@DrTedros

This news comes on the heels of a WHO report issued on Friday which stated that the global pandemic is accelerating with almost half of the new coronavirus cases occuring in North and South America and global infections rising above 8.3 million people with 453,834​ deaths.

Speaking on Friday, Director General of the World Health Organization Dr. Tedros Adhanom Ghebreyesus said, “The world is in a new and dangerous phase. Many people are understandably fed up with being at home. Countries are understandably eager to open up their societies and economies. But the virus is still spreading fast, it’s still deadly and most people are still susceptible.”

Dr. Ghebreyesus also reiterated his concerns at a virtual health forum organized by the World Government Summit held on Monday.

“The world is in desperate need of national unity and global solidarity. The politicization of the pandemic has exacerbated it,” said Ghebreyesus.

“…The greatest threat we face now is not the virus itself, it’s the lack of global solidarity and global leadership.” 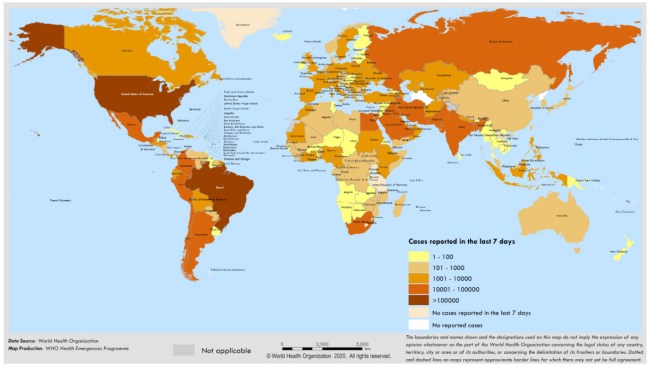 Meanwhile, Professor Matteo Bassetti, a infectious diseases specialist at Policlinico San Martino Hospital in Italy, told the Telegraph last week that he believes COVID-19 could be losing its virulence.

“The clinical impression I have is that the virus is changing in severity,” said Bassetti.

“In March and early April, the patterns were completely different. People were coming to the emergency department with a very difficult-to-manage illness, and they needed oxygen and ventilation; some developed pneumonia.

“Now, in the past four weeks, the picture has completely changed in terms of patterns. There could be a lower viral load in the respiratory tract, probably due to a genetic mutation in the virus which has not yet been demonstrated scientifically. Also, we are now more aware of the disease and able to manage it.

“It was like an aggressive tiger in March and April but now it’s like a wild cat. Even elderly patients, aged 80 or 90, are now sitting up in bed and they are breathing without help. The same patients would have died in two or three days before.”

“I think the virus has mutated because our immune system reacts to the virus, and we have a lower viral load now due to the lockdown, mask-wearing [and] social distancing. We still have to demonstrate why it’s different now.

“Yes, probably it could go away completely without a vaccine. We have fewer and fewer people infected and it could end up with the virus dying out.”

"Some countries that have successfully suppressed transmission are now seeing an upswing in cases as they reopen their societies & economies.
All countries are facing a delicate balance, between protecting their people, while minimizing the social & economic damage"-@DrTedros

Not everyone agrees with his statements, however.

Dr. Bharat Pankhania, a senior clinical lecturer at the University of Exeter Medical School, thinks Professor Bassetti is being overly optimistic, saying, “…because it’s so infectious and widespread, it won’t go away for a very long time.”

Pankhania added, “My estimate is ranging from ‘never’ to – if we are really lucky and it sort of mutates and mutates [and] may lose its virulence – we’re talking years and years.”